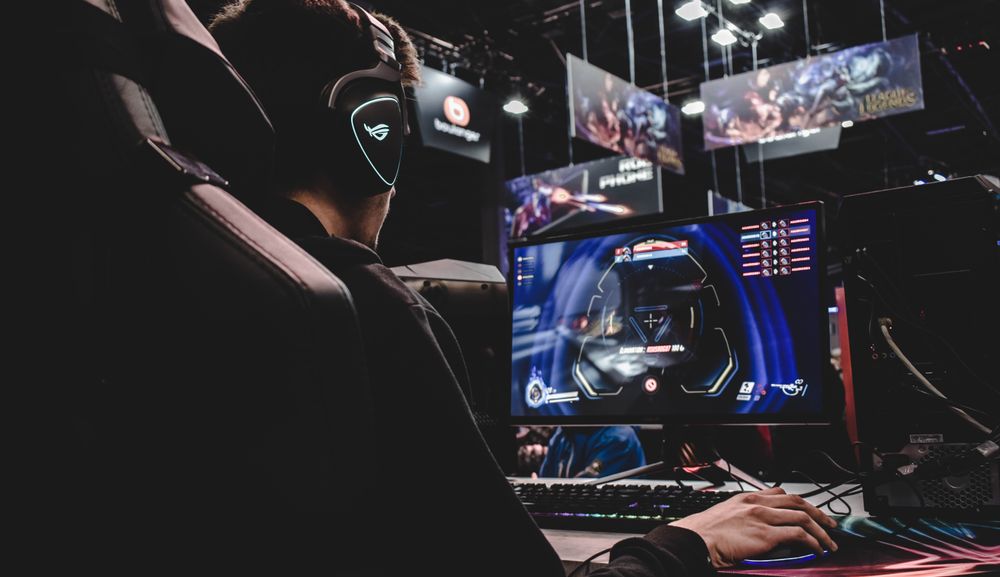 E3 is around the corner! Let's take a look at what we know so far.

The biggest event in the gamersphere is nearly here! And although it'll look slightly different to previous years (you know, due to the ongoing pandemic), we're just as excited. Some of our favourite titles may be delayed, and the game release calendar may be slimmer than ever, but with the conference schedule now *officially* announced, we're holding on to a glimmer of hope.

Here's our round up of the biggest predictions we can expect confirmed!

Ubisoft Forward's conference is expected to be largely focused on Far Cry 6, especially as we now have an official release date for the game (October 7th)! As well as that, we can expect world premiere gameplay of the upcoming Rainbow Six, formerly known as Quarantine, and more updates from Riders Republic and Roller Champions.

Ubisoft is known to surprise at E3, so we're looking forward to seeing how they approach the all-virtual event!

Guerrilla's been busy! 80 indie games are expected to feature over the developers two-part stream. Having already shared their first dose of announcements on 5th June, including Bloodstained: Ritual of the Night, Omni and Endling, the studio is back for round two this coming Saturday.

It was recently announced that a Ghostrunner sequel is currently in the works for PlayStation, Xbox and PC. But with no mention of the game in Part One, it's likely that we'll be treated to an announcement trailer in Part Two. Here's hoping!

With Microsoft's acquisiton of Bethesda recently completed, this showcase is one of the most eagerly anticipated of E3! Although majority of the stream is still a mystery, we can expect Halo Infinite to play a major role. The game was delayed last year following mixed initial impressions, so an update on graphics is increasingly likely.

From Bethesda, we can expect Microsoft to pull out all the stops to put fan dismay over the takeover to bed. Hopefully it'll include a first look at Starfield, which is due to release in 2022, and Elder Scrolls 6. We're keeping our eyes firmly on this one!

The PC Gaming Show has established itself as one to watch in recent years! With an estimated 39 new trailers, game announcements and interviews expected, it's the events ultimate round up for PC gamers.

It's been confirmed that we'll see an exclusive look at Dying Light 2: Stay Human, new gameplay from the upcoming Hello Neighbour sequel and announcements from Chivalry 2 and Humankind. We can also expect "a message from Valve regarding Steam". Cryptic, much!?

E3 isn't just about games! Our kit means as much to us too.

This year sees the first keynote for Razer, who are expected to debut brand new hardware. The tech company have kept tight-lipped about the announcements, but have promised an "ultimate line-up not to be missed". Who's placing their bets?

Nintendo Direct is expected to be one of the most streamed events of E3! The showcase will feature information focused exclusively on upcoming Switch games for 2021. And with no mention of hardware, is it time to let go of the Switch Pro rumours that have circulated online?

Nintendo has already announced a number of exciting upcoming games, including The Legend of Zelda: Breath of the Wild 2, Metroid Prime 4 and Splatoon 3. It's likely we'll see gameplay from each in the Nintendo Treehouse Live following the main event. But, with Nintendo known to surprise, there's no telling what could happen.

Capcom's seen a successful start to 2021, having sold over 4 million units of Resident Evil Village since its release in May! As with Biohazard, it's likely we'll be treated to the announcement of post-launch DLC's at this years event. Aside from their renowned titular game, Capcom is expected to share more information about the upcoming sci-fi adventure, Pragmata, Dragon's Dogma 2 and Street Fighter 6.

While the time and duration of the showcase is yet to be announced, it's hard to tell what we might see.

There's plenty more to come from this years E3! Warner Bros is hosting a presentation on June 13th, though Back 4 Blood is the only game confirmed to be featured, and Gearbox Entertainment, the studio behind Borderlands, is also making an appearance on June 12th.