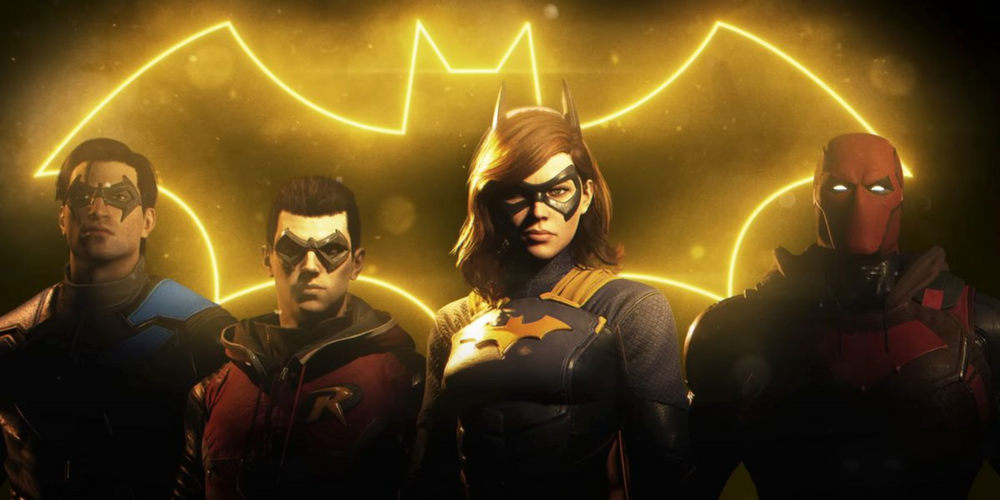 The year's almost out, but some of the biggest titles are still to come!

Over Elden Ring? Played enough of Stray? You're not alone! So far this year, studios have delivered their fair share of stand-out titles that won't be forgotten in a rush. But there's still a few blockbusters waiting for their moment to shine. From God Of War Ragnarok to The Callisto Protocol, here they are!

At the Xbox Games Showcase, it was announced that the follow-up to Blizzard's highly successful multiplayer shooter will arrive in October as a free-to-play game. Said to be bigger and better than its predecessor, the title will see new and old heroes team up against the robotic Null Sector army.

Overwatch 2 will be available on all consoles, including the Nintendo Switch. If you'd like to play the game on the go, try your luck at unboxing the device in Nintendo. For $33.96, you could grab the Lite or standard version, Joycon or Pro controllers.

It might've been delayed, but Gotham Knights is worth waiting for. Teased to delve deeper into the menacing Court Of Owls, the open-world RPG takes place in an alternate universe where the Batman is dead. Can Robin and the crew really protect the gloomiest city in the history of mankind? We'll have to wait and see.

Gotham Knights will be available to play on the Xbox, PlayStation and PC. If your setup's lacking the former, take to Xbox. For $44.84, you could unbox the latest generation of the console, an Elite controller or Razer Headset.

A DLC to 2021's highly successful Resident Evil Village, Shadows Of Rose will follow the story of Ethan's daughter 16 years into the future. In third person, the game is expected to delve deeper into the afflictions Rose suffered at the hands of the village's mysterious mould and eccentric residents.

Shadows Of Rose will be available to play on the Xbox, PlayStation and PC. If you're still without a PS5, it's time to take control! In Play Has No Limits, you could unbox the elusive console, alongside the DualSense controller or Pulse headset, for only $17.73.

2018's God Of War was one of the most heralded of the year. In the sequel, demigod Kratus and his son, Atreus (who we know from the previous game to be Loki), face the impending doom of the end of the world. The developers have said the game will be the “final Norse chapter” in the series. And yes, playing as Kratos, you'll get to fight Thor.

God Of War Ragnarok is a PlayStation exclusive. In Sony, you can discover the best-selling console and so much more! For $26.76, be in with a chance of unboxing the brand's HD streaming camera, noise cancelling headset or DualSense controller.

From the co-creator of the Dead Space series, The Callisto Protocol promises to be the scariest game on next-gen platforms. You'll play as an inmate at a Jupiter prison, haunted by a predatory alien. As a prisoner, you'll work to uncover the penitentiary's mystery. A tried and tested method, there's always market for a space horror.

The Callisto Protocol will be available to play on the Xbox, PlayStation and PC. If your setup's looking less than enviable, make way for a technical revamp. From the Blade 15 gaming laptop to the Kaira Pro headset and BlackWidow keyboard, Razer Chaser is a hotbed of gadgets for only $44.92.