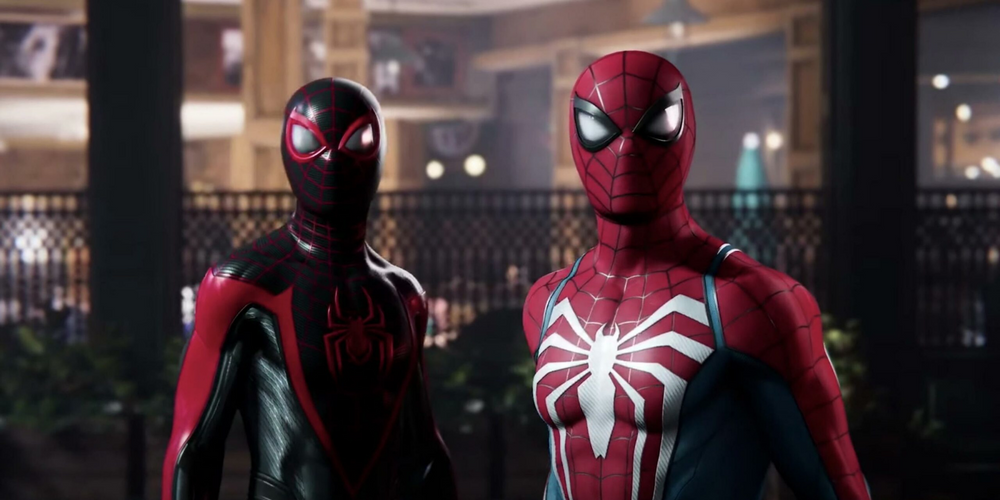 Sony have wrapped up 2021's PlayStation Showcase, and the announcements didn't disappoint. Here's the biggest news you might've missed!

Blink and it was over. The PlayStation Showcase might've only been 40 minutes from start to finish, but you know what they say... all great things come in small packages.

After Sony missed out on both E3 and Gamescon earlier this year, big things were expected. And we got more than we bargained for! From a brand new Spider Man to the *official* reveal of Ragnarok, here's your run-down of the biggest news from the event.

The long-awaited God of War sequel closed the showcase with a jam-packed 3 minute trailer, confirming Ragnarok's title. It revealed the tension between God Kratus and his now older son Atreus (who we know from the previous game to be Loki) as the evil at large closed in.

The trailer was as brutal as we imagined it to be, and confirmed the return of Mimir, the Norse God of Knowledge, Thor and blacksmiths Sindri and Brok.

Can Kratus and Atreus put their differences aside? And will Atreus become the Loki we know today? All will be revealed in 2022, when the game lands on PlayStation 4 and PlayStation 5.

Miles Morales is back in Spider Man 2!

After heavy rumours for the best part of a year, Sony confirmed Spider Man 2 at PlayStation's showcase. Peter Parker's back from holiday, ready to rid New York of criminal goons with Miles Morales. But the return of a fan-favourite villain might put a stop to that... say hello to Venom!

From the trailer, it appears that we can play as both Miles and Peter. And judging by the words of an ominous second villain, team tactics might be exactly what we need.

After the success of Marvel's Spider Man Miles Morales, we've got high hopes for Insomniac's sequel. Unfortunately there's just the waiting to get through, with the game releasing on PlayStation 5 sometime in 2022.

Wolverine's on the way, thanks to Insomniac!

Speaking of Insomniac, the developers dropped the biggest surprise of the event - a Wolverine game!

It makes sense that Insomniac would want to delve deeper in to the Marvel universe, but Wolverine was a game we didn't know we needed until now.

While the trailer didn't show any direct gameplay, it perfectly matched the mutants moody tone. No synopsis was announced, but we do know that the game is standalone and directed by Brian Horton and Cameron Christian - the team behind Marvel's Spider Man Miles Morales.

Gameplay from the seventh instalment in the racing series was revealed during the showcase, but it was the games implementation of ray-traced reflections that took the spotlight.

During the 3 minute clip, we also got a glimpse of the games latest cars, tracks, customisable features, photo mode and single-player campaign. Although the game was at first tipped to be a PlayStation 5 exclusive, Sony revealed earlier this year that it would also release on the PlayStation 4 and PlayStation 4 Pro. And there's not long to wait either - the game will be out on 4th March 2022.

Rockstar led the biggest disappointment of the showcase, announcing that GTA 5's Enhanced Edition has been delayed until March 2022. Originally poised to release in November this year, fans weren't thrilled by the news. After all, the game is an eight year old remaster.

Luckily, a new trailer wiped away some of the disappointment, revealing enhanced gameplay, improved graphics and character switching.

KOTOR, Guardians Of The Galaxy and more - other notable mentions!

Also during the showcase, Aspyr announced a remaster of Star Wars Knights of the Old Republic (KOTOR). There isn't a release date for the game as of yet, but you can check out the trailer above.

Bethesda dropped by to release a new trailer for Ghostwire:Tokyo, and promote their latest game, Deathloop - the player must kill eight targets before midnight, or face the mission re-starting.

The standalone Guardians of the Galaxy game also dropped another trailer, prior to its release date on October 26, 2021.

Still missing a PlayStation 5? You can unbox the console on HypeDrop!