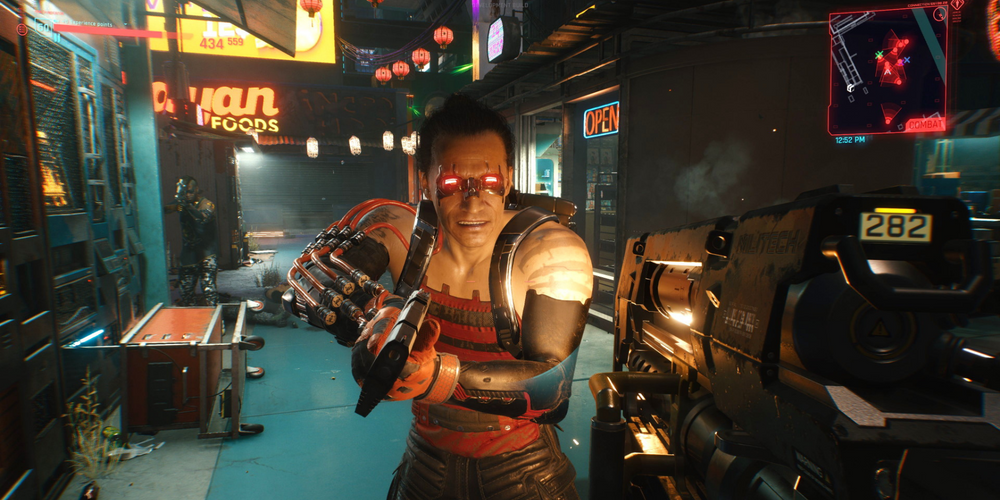 From Dark Souls 3 to CS:GO, we know our RPG's from our FSP's.

At HypeDrop, we know a thing or two about gaming. More than that, we know all there is to know about gaming. From award-winning blockbusters to indie features and must-have peripherals, we're always clued up on the latest tech and titles. But as with our sneakers and boxes, we each have a favourite video game - one that stands out above the rest, and one that we fall back to time after time. In case you were wondering (face it, you were) here's a few of them!

"Despite its lackluster release and abundance of bugs, I really enjoyed playing it. The worldbuilding is phenomenal, the graphics on PC are mind blowing and the gameplay was fun."

It's no secret that Cyberpunk 2077 launched with its fair share of bugs. It could've been the game of 2020. Instead, players were faced with multiple issues, and a 14 month wait for patches. But in despite of those problems, Cyberpunk's graphics and gameplay were both hailed. When the game played ball, it was easy to get lost in the atmospheric, neon-soaked streets of Night City, en route to your next adventure. With its recent patch notes, it could well be the game of 2022.

Cyberpunk's graphics are best enjoyed on the PlayStation 5! Tap to unbox yours in 10% PS5 for $7.57.

"Dark Souls 3 is one of the hardest games I have ever played - but that's what makes it my favourite. There's no mode to change difficulty, so you're always faced with challenges you have to overcome."

Dark Souls 3 is a tough beast to tackle. The series already had a reputation for difficulty. But little could've prepared players for the game's only difficulty mode and relentless Lovecraftian boss fights. Most players will die 500 times or more, losing souls they've collected along the way. But did that ever stop us from soldering through? Not once. Hailed by fans of RPG's, the game is a critically acclaimed phenomenon. It's spawned one of the biggest communities online, likely on their 14th run through.

"I didn't have my own console for a while, but when I eventually got one, Call Of Duty MW3 fast become my all-time favourite."

People love to hate the Call Of Duty franchise, but few other series' in its genre have seen the same level of success. Why? Because high-octane and high-adrenaline sells. Aside from its mood-inducing experience, Call Of Duty MW3 is highly responsive, fit with different challenges to mix up the gameplay. Sure, it doesn’t have the greatest narrative, character arcs or plot lines that ever existed. But nothing can replicate that feeling of one shot one kill.

In Call Of Duty MW3, you need to listen to your team! Tap to unbox Corsair's Virtuoso SE Headset in 10% Gaming Peripherals for $10.97.

"I'm a big introvert, and World Of Warcraft enabled me to meet and talk to new people, while learning different languages and cultures. The in-game mechanics can be really complicated, and gameplay is an opportunity to 'tune out' of the real world."

If you’re not into fantasy - it won’t be for you. If you are, you’ve already played it. In 2004, World Of Warcraft released to critical acclaim. Almost twenty years later, the franchise still holds a cult following as passionate about gameplay as they are their community. The MMORPG is renowned for toppling the market - the first of its kind to break through the mainstream, into multiple media forms. For its fans, the game's exploration, quests and battles across Azeroth make it the grail of gaming.

A great display is vital for World Of Warcraft! Tap to unbox Samsung's Odyssey Curved Monitor in Stonks for $47.52.

"I have a love/hate relationship with CS:GO, but ultimately, it's my favourite game.  It can be stressful, but I still have a lot of fun playing it."

Like Call Of Duty, CS:GO’s glory is in its thrill. The free to play game is *could* be the most iconic FPS title of our generation. With an established core gameplay and expansive community, it holds its own against the newer kids on the block. Esports has taken over Twitch, and with a prominent role in the skins trading industry, the game provides entertainment in more ways than one. Does it hold a mind blowing storyline and character development arc? Not really. Will we still play it? Absolutely.

CS:GO's a PC exclusive, in need of a premium setup! Tap to unbox Razer's Raptor 27 Gaming Monitor in Razer Chaser for $41.67.

Unbox the PlayStation 5, Xbox Series X, peripherals for your setup and more on HypeDrop! What are you waiting for?