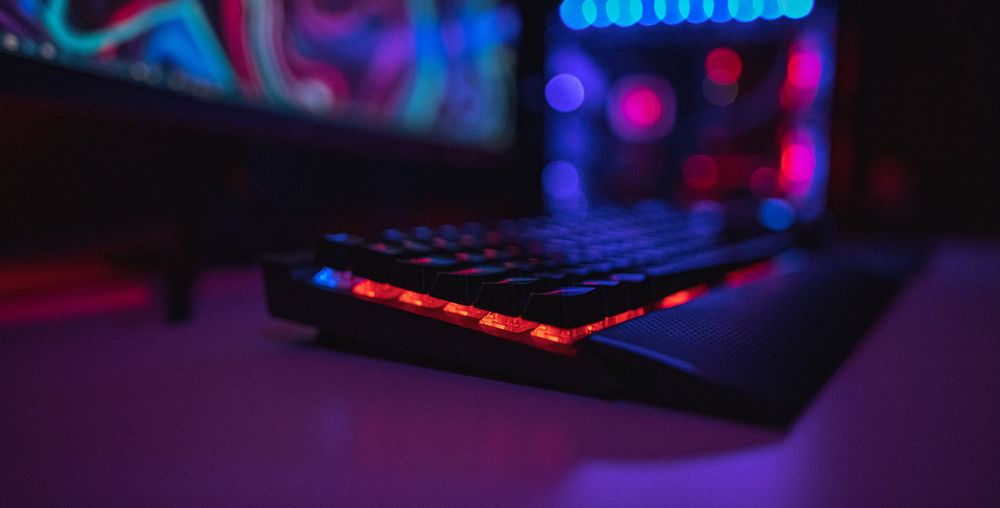 E3 may be over, but the excitement has only just begun! Here's the biggest news from the gaming event of the year.

It's been a week since E3 '21 wrapped up. And announcements from the four-day long event are still firmly on our mind! Following last years cancellation, developers showed immense support, teasing trailers, gameplay, reveals and more. Showcases from Xbox and Bethesda, Nintendo and Ubisoft left us on the edge of our seats. And even without an appearance from Sony, we've still got plenty to look forward to.

Need the lowdown on everything we saw? You've come to the right place. Read on for our top picks from E3 '21!

The Xbox and Bethesda Showcase was one of the most anticipated of the event; and it certainly delivered!

We were *finally* given a release date for Xbox exclusive Starfield, coming to Game Pass on November 11th 2022. And while we didn't get to see any gameplay, we did see the first cinematic trailer of the science fiction RPG. After 25 years in the making, here's hoping it's a good one!

A jaw-dropping trailer for Forza Horizon 5, set in Mexico, was also debuted to fans alongside a November 7 release date! The open-world driving game is confirmed to be the largest in the series, as maps embody rainforests, deserts and dormant volcanoes. Players can even take part in a Forza Horizon Mini-Games!

The team behind Halo Infinite were quieter than we'd like them to be, but, to fan excitement, they did confirm that the multiplayer will be free-to-play! Elsewhere, Xbox closed the show with a huge reveal - Arkane Austin's next game: Redfall! Fans of Prey and Dishonoured will be excited about this one.

*You didn't think we'd forgot about the Xbox Mini Fridge, did you!? The meme-turned-reality product was confirmed to release for Holiday Season 2021.

The sequel to fan-favourite Rainbow Six Siege was confirmed to drop on all platforms on September 16th! A cinematic trailer debuted, teasing details of the plot, and it looks as if rumours over the last year were correct. Players will team up with fellow operators to fight against an alien threat cooperatively.

Story content for Far Cry 6 was also released, delving deeper in to Anton Castillo's character. Spoliler alert, the game's villain and Dictator doesn't take s***! And in other Far Cry news, an expansion pack is due to launch as part of the game's Season Pass where players will embody fan-favourite villains from 3, 4 and 5.

Elsewhere, Avatar: Frontiers of Pandora was confirmed! The game will be available in 2022, though we don't know many more details other than that.

Nintendo dropped some surprises at E3, most notably the return of Metroid Dread, WarioWare and Advance Wars!

Metroid Dread's history spans twenty years, and at E3 it was confirmed that the game is finally being completed for Switch launch on October 8th. The WarioWare series, another fan-favourite, is getting another game - Get It Together - due to launch on September 10th. And fans of Advance Wars undoubtedly rejoiced at a remastered mash-up of games 1 and 2!

Also in the world of Nintendo, Mario Party Superstars has been announced for an October 29th release date, and The Legend of Zelda: Breath of the Wild 2 dropped a new trailer!

The eighth game in the Resident Evil series has hit milestone upon milestone since it was released earlier this year. And fans were thrilled to hear that production on a DLC is already in the works!

Outside of Umbrella Corp's universe, the latest trailer for Monster Hunter Stories 2: Wings of Ruin was revealed, and a release date was confirmed for The Great Ace Attorney Chronicles - coming to Nintendo Switch on July 27th.

The announcement of the game came to much excitement from fans, who will fill the boots of Star-Lord himself. The single-player is narrative-driven, so the path of the game will depend upon the decisions we make. Filled with iconic Marvel characters, it's set to be a hit.

In other Marvel news, Square Enix confirmed that War for Wakanda will release this August! The cinematic trailer saw Ulysses Klaue touch down in Wakanda, intent on stealing Vibranium.

And, outside of the Marvel Universe, the world premiere trailer for Project Hitman Sniper Assassins dropped! The working title takes place in the Hitman Universe, and focuses on the events following the disappearance of Agent 47.

From the new Razer Blade 14 to face masks and more, Razer's announcements were as exciting (and colourful) as ever!

Razer and AMD confirmed they're working together to create the 'ultimate AMD gaming laptop'! Based on the Razer Blade 14, it's set to be thinner and smarter than ever before. Coming in at 16.8mm and fit with a Ryzen 9 5900HX, it's every gamers dream.

Elsewhere, the Project Hazel RGB face mask is real! The mask features replaceable N95 grade filters, a secure silicon face seal and a lab-tested BFE rating. For the glasses wearers, there's an anti-fog coating, and for the environmentally-conscious among us, Razer claims that the mask uses 80% less material waste!

You didn't think we'd forgot about Battlefield, did you!?

DICE revealed that Battlefield 6 is coming! The game, titled Battlefield 2042, is a first-person shooter set in the modern day. Touted as 'the most ambitious' entry in the series yet, the game features 128-player maps, dynamic weather, brand new gadgets and... robot dogs!? It's set to release this October.

In other news, a long-awaited gameplay reveal for Elden-Ring delved deeper in to some of the locations, characters and stories featured in the game. The initial release date was also teased, set at January 21st 2022.

While you're waiting for your favourite game to drop, fulfil your appetite on HypeDrop! Our Mystery Boxes are packed to the brim with peripherals, consoles, PC's and more.