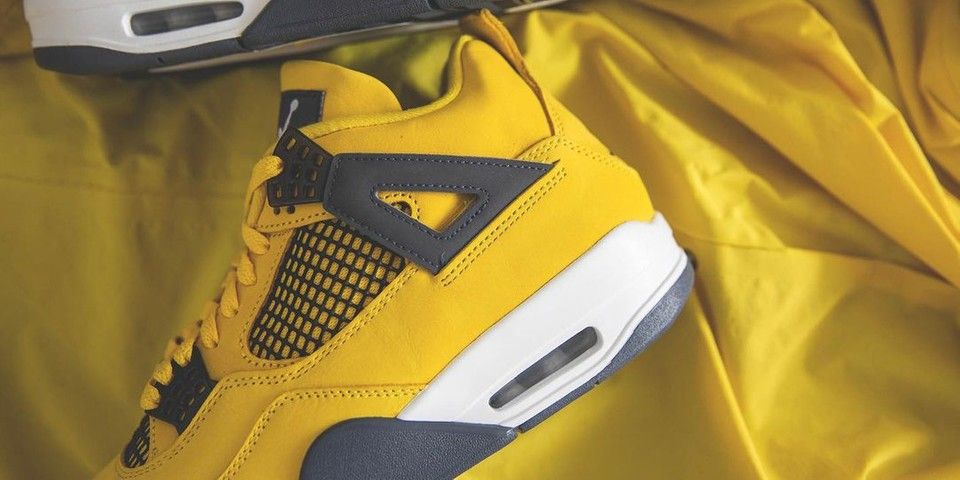 Another month, another excuse to cop the hottest sneakers on the scene! From Fragment x Travis Scott to Off White x Dunk's 'The 50', here's our favourites!

If you thought July was hot, you've got another thing coming. August is almost here, and sneaker drops are at the height of the game. Virgil's set to drop his collection with Dunk, Travis has hit us with another Fragment collab and Yeezy Day is fast approaching.

Read on for the hottest sneaker drops this August, as selected by HypeDrop!

When Virgil Abloh and Nike announced a collaboration of 50 Dunks, the sneakerverse lost it! It might feel like we've been waiting forever, but the moment is finally here. The collaboration is Abloh's most expansive project with Nike, and one of the most hyped to date. Odds are that they'll sell out fast! So you better pray that the SNKRS God's are on your side...

You can read our full thoughts on the 'Dear Summer' collection here!

Following the release of Travis Scott's Fragment High, the Low version of the sneaker is set to drop this August! Much like its high-top counterpart, the triple-threat collab features a premium leather construction, contrasting black and blue overlaying panels and an all-out worn, vintage-y vibe. For a sneaker that's set to sell out before we've selected 'add to basket', you better be ready!

Combining contrasting materials and splatters of vivid colour, the Air Jordan 1 Mid Brushstroke is unlike any sneaker we've seen! Canvas, suede and rubber join forces to create the foundation, while sail, black, cider and chile red make up the overall colourway. Mid's haven't get a lot of love as of late, but this sneaker certainly will!

Undefeated isn't new to the sneaker game! Over the years, they've released some fan-favourite collabs with Nike, and the Air Force 1 Low Blue Croc is set to be the next biggest. It features faux croc skin overlays, in head-turning yellow and blue, which sit above a suede base. Undefeated's signature five-strike logo can be found on the lateral heel, while Nike's classic Swoosh is embroidered in two opposing colours.

The sneaker is part of a wider Air Force 1 vs Dunk collection; could it be the hottest!?

In celebration of Yeezy day, a few of our favourite reflective sneakers are set to return! So far, Ye and his team have kept pretty quiet about the whole event, but Black Reflective, Synth Reflective and Cloud White Reflective are the iterations most slated to re-drop. Each of the sneakers are coated in Ye's famous Primeknit, and when hit with direct light beam through the laces and upper. There's a few to choose from, so take your pick!

The Jordan 1 High OG Pollen has been on every sneakerhead's mind since it was announced earlier this year. And now, the time to cop is almost upon us! The ultimate Summer shoe is reminiscent of 1999's Dunk Wu-Tang; clad in yellow and black leather with interchangeable yellow laces. We're always safe with a Jordan, and the OG Pollen is no different!

The Low Air Jordan is a quiet contender in the sneaker race. But the OG Shattered Blackboard could change that! Set to be one of the most coveted low-top Jordan's of the Summer, its high-top counterpart is already one of the sneakerverse's most-loved colourways. Glossed in two-toned orange and white, with hits of black on the accents, it's clean, classic and cop-worthy.

The Jordan 4 Lightning is making a comeback! Originally released in 2006, the sneaker is one of the most-loved (and bold) colourways of the Jordan 4 silhouette. Dressed in yellow suede, with hits of grey blue and white across the tongue and heel, the shoe looks almost identical to the OG. With re-sale prices set to hit the four-figure mark, let's hope there's enough to go round!

Box Battles are here! While you're waiting to cop a sneaker or two, try HypeDrop's newest feature; Box Battles. Choose your Mystery Box(es) and fight your opponent to claim the contents in the biggest battle of all, only on HypeDrop!

Find out more about Box Battles!