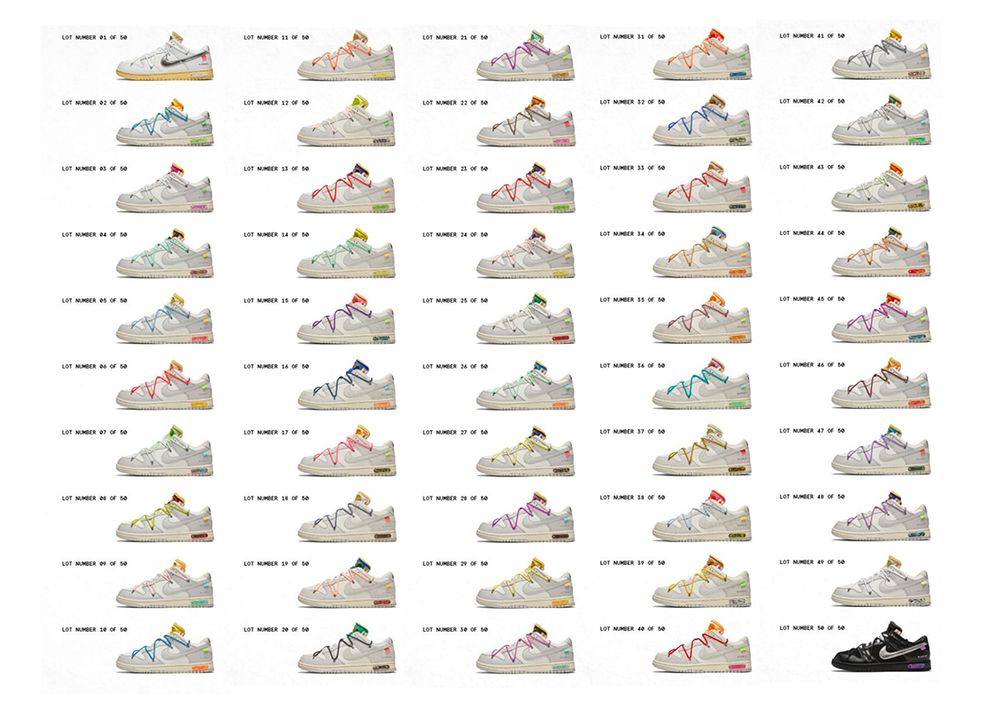 Stay calm! It's happening; Virgil Abloh has teamed up with Nike to release a collection of 50 Dunk Low sneakers. Here's what we know!

The sneakerverse imploded last week when it was *officially* announced that Off-White and Dunk are teaming up to release an expansive collection of sneakers! Dubbed the 'Dear Summer' collection, it's Virgil Abloh's most hyped project with Nike since 2017's 'The Ten'.

Mastermind and Creative Director of Off-White, Virgil Abloh, is no stranger to a collab. But this might just be his biggest challenge yet! The Nike Dunk silhouette has proven itself to be one of 2021's most popular. And with a fanbase spanning millions, there's plenty of sneakerheads to please.

In official images released by Nike, we finally got our first look at the entire collection. To mixed reviews, release details were revealed alongside. Nike announced an 'evolution of its SNKRS Exclusive Access model', where engaged members of the SNKRS community gain access to highly-anticipated releases before anyone else.

Personalised and exclusive invitations will be sent to users based on their activity within the Nike community. So, in simpler terms, the more drawers you enter, the better chance you have of getting your hands on Nike's most in-demand releases!

Nike confirmed that invitations for the Off-White x Dunk Low collection will be rolled out on August 9th. Will you be one of the lucky ones!?

48 out of 50 of the sneakers are near-identical in design; the main difference being the unique colour of the rear tag, laces, insole and ankle bade. Sneakers '01/50' and '50/50', however, break the existing theme in favour of tonal white and black with a metallic silver swoosh.

While this is only the first look at the collection, we imagine there's a lot more to come between now and the August 9th release date!