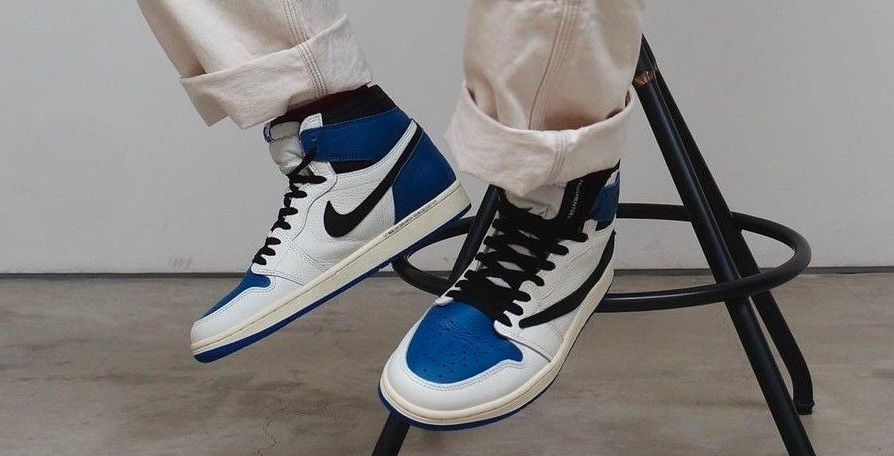 Travis Scott's latest sneaker is almost here! Does it live up to our expectations? Let's take a look!

From the Air Force 1 Cactus Jack to the SB Dunk Low, Travis Scott has consistently delivered when it comes to sneakers. Most recently, he unveiled a full-blown collection with Dior at Paris Fashion Week! And just as we thought the excitement for the self-proclaimed sneakerhead might die down, photos of his Fragment x AJ1 collab were officially unveiled by Nike! You know what they say; the devil works hard, but La Flame works on a whole other level.

Travis Scott's Fragment x AJ1 sneaker is one of the most hyped of the year. So if you want to get your hands on it, you better act fast! Let's take a deeper look at the sneaker, and officially decide whether it's a drop or cop.

The Fragment AJ1 is a powerful blend of both Hiroshi Fujiwara and Travis Scott. Like the rapper's former Jordan 1, the sneaker is coated in premium leather and features backwards Swooshes on the lateral panels. Hits of Military Blue varnish the toe boxes, ankle flaps and lower heel, distracting from the crisp white construction above.

Both Nike Air and Fragment branding appear on the tongue, while the Cactus Jack head can be found on the left shoe heel, next to Fragment's signature bolt on the right. Finally, pre-yellowed 'aged' outsoles and black accents throughout the laces, collars and Swoosh complete the design.

Down to the box, the sneaker is *obviously* a cop! And it could appear on HypeDrop sooner than you think...