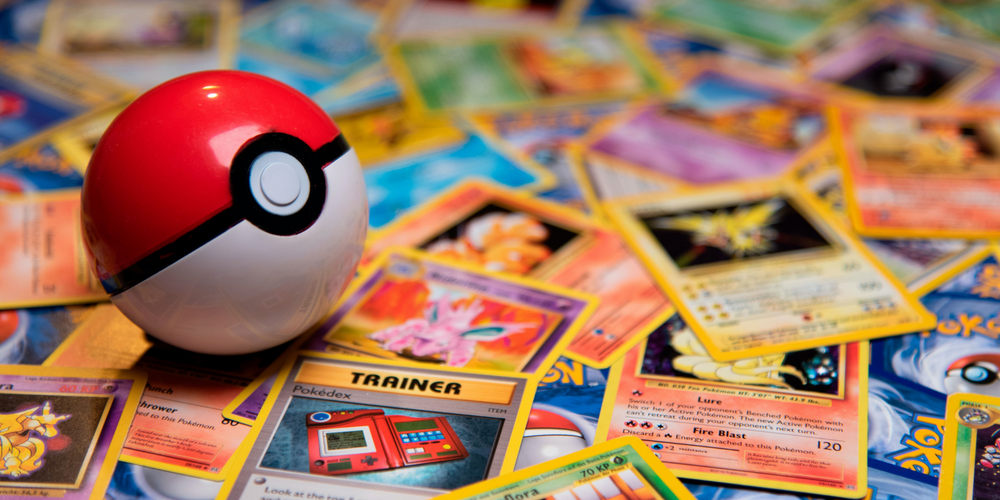 At HypeDrop, we know that style goes further than our fit. It influences our behaviours, our vibe and home living.

Collectibles have fast become the mark of wealth. Long gone are the days of stamp books and bottle top enthusiasts. Now, collectibles represent premium toys from the world's best artists, the rarest of Pokemon cards and Funko Pops, Hot Wheels worth more than your car and Lego worth more than your phone. Where people once bought contemporary collectibles to enjoy, many of us now see them as investments with a nostalgic edge. And with brands like Supreme and Off-White dipping their toes into the mix, the craze has finally hit the mainstream.

From a PSA-9 Charizard-Holo to Lego's Millennium Falcon, here's our top pick of the hottest collectibles on HypeDrop!

It kinda feels like Pokemon's resurgence happened overnight, right? The cards were already riding the wave of nostalgia. But lockdown and social media influencers drove the popularity to unheard levels. All of a sudden, retailers were fighting off crowds and waiting lists for new booster packs grew tenfold. For trading and investment, Pokemon cards are some of the most valuable collectibles out there. If you're yet to dig around around your closet for forgotten binders, we suggest you do so fast.

On HypeDrop, you could unbox the 25th Anniversary Celebrations Elite Trainer Box, Sword and Shield High Class VMAX Packs or a $44,000 PSA-9 Charizard Holo for only $44.41!

Once upon a time, premium figurines were only found in the galleries of contemporary art connoisseurs. But thanks to Brian Connelly and MediCom, those days are over! Surrounded by hype, Kaws & Bearbrick represent a new generation of stylish art enthusiasts. They're premium, and make for a killer investment. But more than that, they dial into sneaker culture at its core. What else could you find in both Modern Art Museums *and* Drizzy's lounge?

Winning the title of 'Most Influential Brand' time after time, Lego is a household name. Long favoured by younger generations, the brand has recently become the ultimate collectors item among adults too. More than just an activity, Lego's larger and more elaborate sets are increasingly valuable. From The Black Pearl to Adidas' Original Superstar, the toy's replication of childhood wonders and streetwear staples offer down-time, alongside investment. Stand aside Candy Crush.

On HypeDrop, you could unbox the Ideas Typewriter, Harry Potter's Diagon Alley or a $1,240 Millennium Falcon Ultimate Collector for only $41.30!

Funko Pops were around for a hot minute before they hit the mainstream. But when avid collectors noted their breadth, opinion shifted. Funko's in every genre, fandom and beyond were proven to turn over a profit, especially when kept in their original packaging. And though some have proven to be more valuable than others, the toys real worth is in nostalgia. Deadpool for Green Giant?

On HypeDrop, you could unbox Marvel's Carnage Black Light, Back To The Future's Marty McFly Plutonium Plastic Empire or a $1,240 Star Wars Boba Fett Fall Convention Figure for only $41.94!

There's more collectibles in our premium Mystery Boxes! Tap to unbox, and set sail on your investment journey.