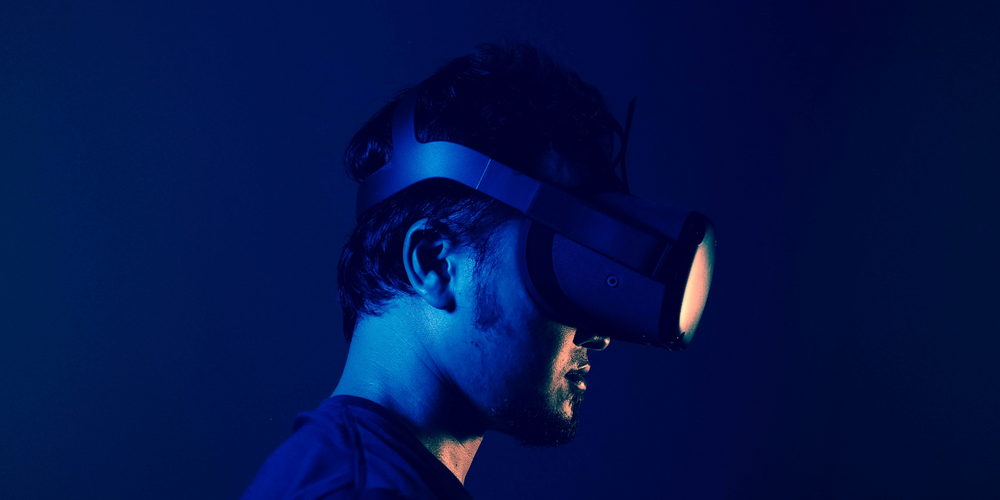 A console or two, a folding handset and an immersive peripheral. In a year of many, here's the tech we've enjoyed the most.

Feel like you've spent more time indoors this year? Over the last two years, technology has kept us connected. We've come to rely on gadgets and devices more than ever before; in gaming, viewing, communicating and dating. There's the tech we can't live without, and the tech we don't want to live without. And at HypeDrop HQ, we've taken it upon ourselves to rate those we've enjoyed the most. Here's our year's best!

The Switch OLED was a welcome upgrade to Nintendo's handheld console. Slim-line and fit with a crisp iconic 'click', the OLED's standout feature was its namesake 7 inch display, resulting in perfect blacks and accurate colours. The console's enhanced speakers, redesigned kickstand and 64GB internal storage system also impressed us. Compared to the Switch and Nintendo Switch Lite, the console was a welcome upgrade. Though, the lack of 4K output in TV mode did disappoint. Overall, for it's impressive system, the Nintendo Switch OLED takes the fifth spot in our best tech of 2021.

In September, the rumours of the iPhone 13 were confirmed at Apple's California Streaming Event. Out of all four handsets, the Pro Max looked to be the most promising. And for its introduction of a high refresh rate, it didn't disappoint! Though slightly bulkier than its predecessor, it sports a Super Retina XDR OLED display, rear-facing tri-camera - with excellent low-light photography, and multi-day battery life. For 'more than just the surface', the iPhone 13 Pro Max takes the fourth spot in our best tech of 2021.

It may be delayed, but in 2021 the announcement of the Steam Deck shook the gaming industry. Set to release in three different storage configurations (64GB, 256GB and 512GB), the console will run on an AMD APU; a chip built around two key AMD architectures - Zen 2 and RDNA 2. The result? Extremely bold graphics, in line with the PlayStation 4 and Xbox One. Measuring in at 7 inches, the screen is fit with a 1280x800 resolution display and 60 Hz refresh rate. Our only complaint is the apparent battery life: coming in at 2-8 hours, depending on 'activity'. Let's imagine the Steam Deck released when it was supposed to, as it takes the third spot in our best tech of 2021.

Samsung released the Z Fold 3 to high pressure; after versions 1 and 2 were met with mixed reviews, the third had to be a charm. And, of course, it was. Retaining the book-like design of its predecessors, it's fit with a sleek external display and two 12MP lens cameras with 4k recording capability. As for performance power, it runs on a Snapdragon 888 chipset and is paired with 12GB of RAM. Battery isn't an issue either, as Samsung's new Eco OLED display cuts usage by 25%. Our only issue? Though it's responsive to a stylus, the 'S Pen' is an added extra cost. For the future of handsets, the Samsung Z Fold 3 takes second place in our best tech of 2021.

Unbox Samsung products in Samsung Vs Apple on HypeDrop.

The release of Oculus' first headset in 2016 transformed the gaming experience. Virtual reality tore us away from our screens, into the centre of a computer-simulated, all-body-encompassing experience. VR technology is always improving, but the Oculus Quest 2 is the most immersive yet. Lightweight and comfortable, the accessory gives access to 360-degree video content and apps covering all genres. Battery-powered, there's no fear of tripping over wires. And with baked-in hand tracking, it's highly responsive. For one of the most impressive pieces of technology you can own, at an extremely affordable price, the Oculus Quest 2 (128GB) takes the top spot in our best tech of 2021.

Unbox Oculus products in Quest Or Rest on HypeDrop.

Looking for hot technology, without the retail price? Unbox consoles, peripherals, games and more on HypeDrop!