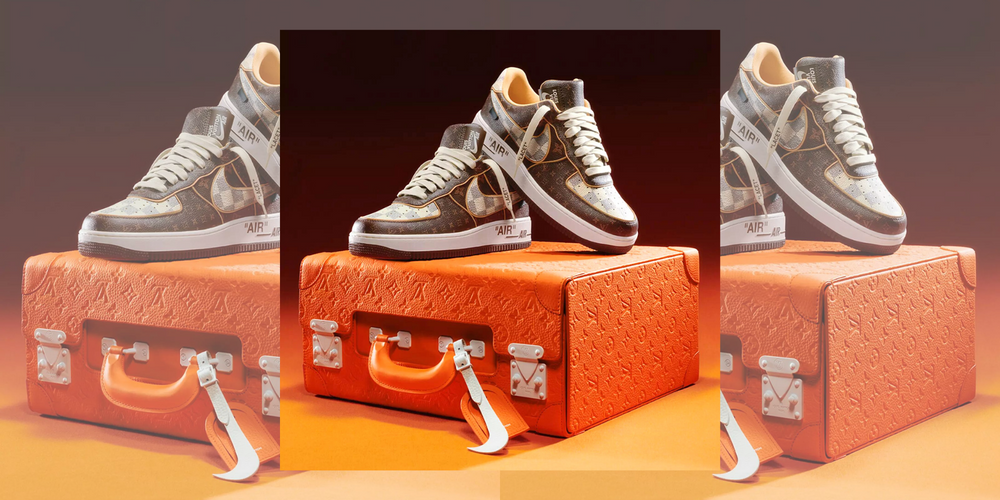 First teased in the Summer of 2021, Virgil Abloh's final sneaker has a release date.

There's no doubt about it; Virgil Abloh was a trailblazer. The news of his passing at the end of last year threw the sneakerverse into silence. And though his talent is no longer with us, his ground-breaking creations will be worn for generations to come. For a while, it looked as if the Jordan 2 x Off-White would be the last sneaker we'd see from Virgil. But earlier this week, that fear was put to bed.

Transport yourself to Summer '21. A slew of previously unseen Louis Vuitton x Nike Air Force 1's were unveiled on social media. Twenty-one colourways, in both low and high top, set the sneakerverse alight. But as time passed, little else was heard. The collaboration was rumoured to drop at the end of 2021. But when Virgil passed, the release was delayed.

Then, on January 19th - and basically out of nowhere - Louis Vuitton announced that the first collaborative Air Force 1 is set to drop in the coming days. How did the sneakerverse react? It imploded. Here's everything we know!

They're not your average Air Force 1's. Made from calf leather, the tongues and side walls are dressed in Louis Vuitton's infamous Monogram print, while Damier graphics adorn the toe boxes, Swooshes and heel overlays. In true Abloh-style, Helvetica branding features across the shoe; 'AIR' on the midsoles and 'LACET' on the cream shoelaces. Louis Vuitton's branding can be seen on the medial sides and heels, while extra details include branded tongue tabs. Finally, each sneaker will come with an exclusive orange leather Louis Vuitton pilot case, embossed with branding and a matching tag.

Limited to 200 pairs, the colourway will launch via a Sotheby's auction from 26th January, with 100% of the proceeds supporting Virgil's 'Post-Modern' Education Fund for academically promising Black students. Starting at $2,000 per bid, there's no doubt that the shoe will sell for miles more.

Twenty colourways of the mind-bending collaboration are still set to drop! And though rumours have them pegged for early February, only time will tell...