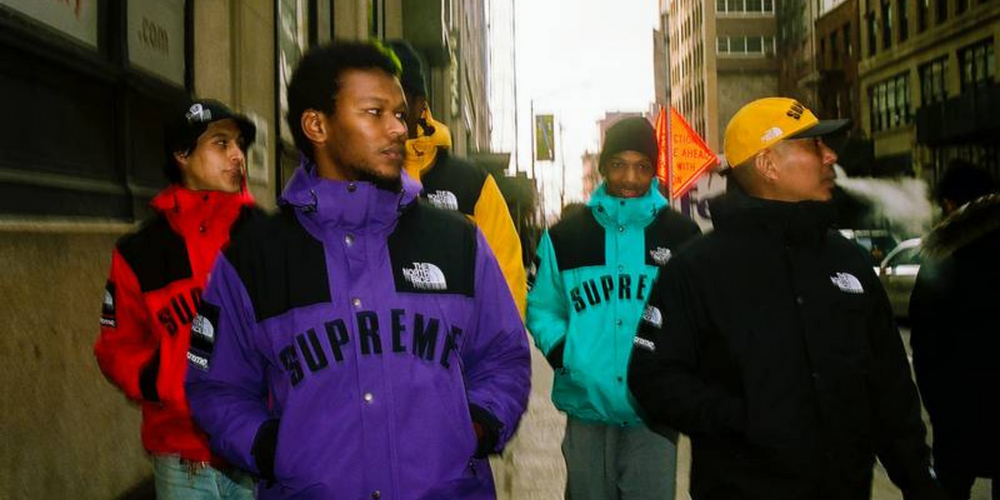 From Supreme to Off-White, Louis Vuitton and more, here's the hottest labels on HypeDrop you don't have to break the bank for.

Our fit is the the key to our character. And though we'll never turn our nose up at a bargain, luxury is a little closer to our hearts. Designer brands tick all of the boxes. From black tie to basic wear, suits to sneakers and more, they opt for premium quality over mass-produced markets.

If you're worried about the bank-breaking price tag, don't be. On HypeDrop, you can take home a designer brand for a fraction of the retail price. Here's the hottest labels in our Mystery Boxes, right now!

Once a cult skate shop, the fashion superpower reigns Supreme. Founded in 1994 by James Jebbia, Supreme has come a long way since Lafayette Street. With only 12 stores across the globe, you'd assume the skate brand to lie relatively low. But with a global fanbase of hypebeasts, it's anything but. With a following the size of a nation, Supreme's fans are willing to line up for hours at a time to have the infamous red and white logo slapped on them. Thanks to its masterful collaborations and unconventional styling, Supreme is one of the biggest brands today.

In 2013, relative newcomer Virgil Abloh founded Off-White. The vision soon became a movement, popularised at a time when the luxury good's market was stumbled upon by younger consumers. With a style focused on iconography, Off-White's products are ironic, usually designed in homage to America's urban cities. But the brand's ultimate fame came from 2017's 'THE TEN' - a collaboration of infamous sneakers with Nike. Thrown into the spotlight, Off-White's status was taken to new heights. And though Virgil has since tragically passed, his name lives on.

For long, Louis Vuitton was renowned for designer handbags and accessories. With a high-class vision, the brand secured a place as one of fashion's most elite. But innovation is the true character at the heart of its success. Louis Vuitton is one of the few high-end brands to constantly re-invent itself for the consumer. As time moves, trends evolve. And to remain relevant, Louis Vuitton has evolved with them. In line with modern fashion, the brand delved into the streetwear market, collaborating with the likes of Supreme. Under Virgil Abloh's guidance, Louis Vuitton advanced into a brand for all ages.

Founded in 2009, Icebox has been hip-hop's favourite jewellers for over a decade. Infamous for outlandish bling, worn by the likes of Lil Baby and Swae Lee, the brand has seen the same success as Rolex and Patek Philippe. Diamonds, after all, are a symbol of wealth and power - and Icebox's ostentatious jewellery is made from plenty of them. In the hip-hop industry, Icebox has become such a stalwart that artists aren't seen to have 'made it' unless the brand covers their neck.

Gucci's fame isn't limited to the world of high-fashion. Like plenty of other designer brands, the label has targeted a new-wave of consumers - millennials. Through collaborations with Adidas and The North Face, and a high focus on social media, the Italian fashion house has steered from the aristocratic to a younger market. Like Louis Vuitton, Gucci has embraced the influence of popular culture, bright colours and casual elements.

From Fear Of God to Stone Island, Dior to Moncler, hot labels are never-ending on HypeDrop. Take me to the Mystery Boxes!