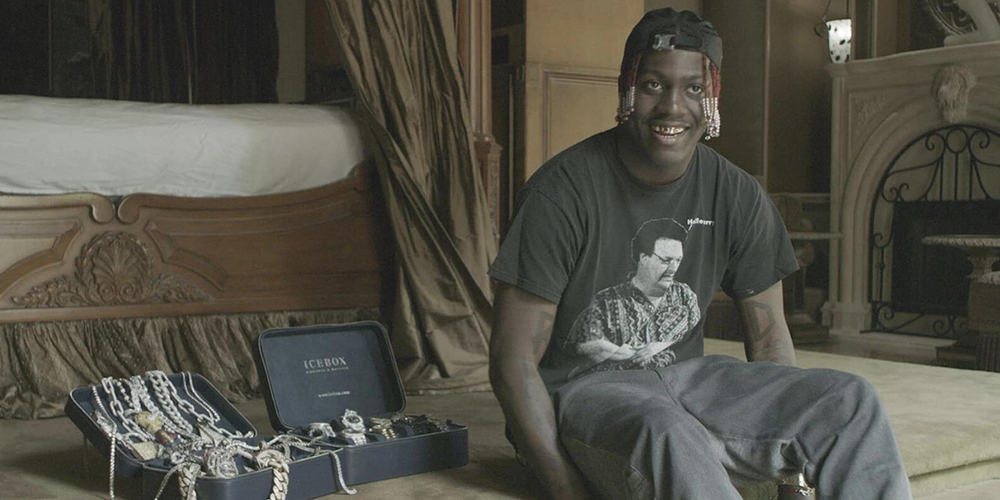 We're all fans of a bargain, but when you're looking for luxury... there's only one place to turn to. HypeDrop, of course.

We all want to live our inner hypebeast dreams. From an Icebox chain to a diamond-encrusted Rolex, there's only one thing standing in the way. The price tag. At retail, a designer item would set you back a few thousand at the least. But with HypeDrop, you could be one step closer to boujee for just over $600.

Don't get us wrong; we still love our Budget Mystery Boxes (and we've got plenty of them to go round). But when we're feeling that little bit more extravagant, a luxury Mystery Box is a cut above the rest.

Here's just a small taster of the luxury that awaits!

No fit is complete without accessories!

Nothing says luxury like a cuban ring and diamond chain (or Bitcoin pendant, for that matter). Icebox has been Hip-Hop's favourite jewellery store for over a decade. Opened in 2009, the brothers behind the brand have created outlandish bling for the likes of Lil Baby and Swae Lee. And where an item would originally set you back thousands, you've got a chance to take it home for just over $700.

In our Iced Out Mystery Box, you could cop a Cuban Link Bracelet worth $32,000 for $724.94. Does it get better than that!? Alongside Icebox, we've also added Dior and Rolex. We don't do things half measures.

We've got a few Rolex's up for grabs in our Iced Out Mystery Box, but Millionaire is where our selection of watches really lie.

Ask yourself, is it a watch if it isn't Rolex? Rolex was founded in 1905, and has been the mark of wealth for well over a hundred years. The watches are made by hand, using the best materials only. HypeDrop OG's might remember our Luxury Watch Mystery Box; well, Millionaire's similar... but it's on steroids.

Our Millionaire Mystery Box is the priciest on HypeDrop. It'll set you back $1971.72, but the reward could result in a Rolex Datejust - our lowest starting at $7,000, all the way up to $260,000! Alongside Rolex, you'll have a chance to cop Icebox, Jordan x Dior, LV and more.

Allen unboxed a Rolex worth $29,000 from our Millionaire Mystery Box! And somerandomguy did one better, unboxing an Icebox Rolo Link Gold Necklace, worth €33,000.

Ready for a designer upgrade?

Lovers of streetwear - don't think we've left you out. Sometimes bling can be too much, and we respect that. But you can still upgrade your fit to be that little bit more luxurious than the Nike we're used to.

When streetwear brands collab with luxury fashion houses, something special happens. The hypebeasts take flight in hope of being one of the lucky few to cop. Supreme and Louis Vuitton have partnered up, as have Jordan and Dior, and the result is always extravagant.

In Designer Collabs, we've packed our favourite brand partnerships in to one bangin' Mystery Box. You could cop a pair of Jordan x Dior Retro High's, an LV x Supreme Sweatshirt or an Off-White pair of Chicago Jordans, each for $623.30.

Hope unboxed a $2,000 LV x Supreme Belt from our Designer Collabs Mystery Box and Juicy even managed to take home a pair of €5,000 Off-White Jordans!

Shop luxury on HypeDrop today. Take me to the Mystery Boxes!