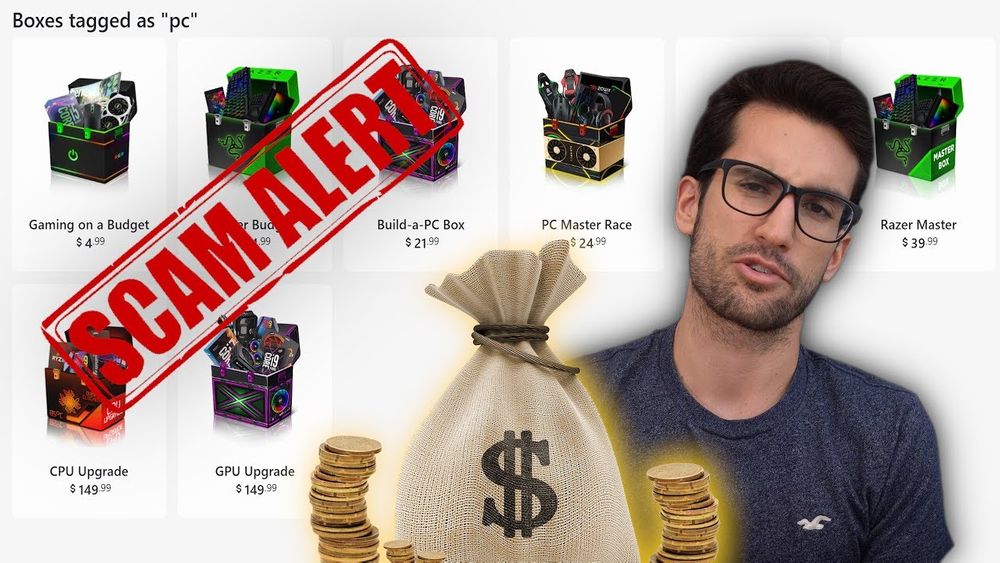 You guys complained, we listened. And we’ll literally tell you all about it.

The original story behind HypeDrop is that we loved the idea of online mystery boxes, we saw what was wrong with the industry, and we decided to fix it. The reality is that we didn’t get it completely right, and you guys all saw right through it. We know, because you told us.

We didn’t explain our provably fair method well enough. We didn’t make the odds of scoring higher value items obvious enough. We didn't offer enough variety in our odds, so sometimes it seemed impossible to win something good. And overall, we just weren’t clear enough about how it all works. So now we’re taking a whole new approach with our business, and we’re keeping things completely transparent for you.

That means no dumbing things down, and no over-simplifying. That means being super upfront about our algorithms and extra fees. That means letting you know exactly what you’re in for when you open up a HypeDrop mystery box.

So here it is: the new HypeDrop. It all still works the same, but without the bulls**t.

We never lied about how HypeDrop works, but after reading the feedback we got from you all, we realise now we could have been much clearer. So we’re taking things to the other extreme by being fully transparent with you about each and every element on the site.

One of the biggest complaints was that it was impossible to win the higher value items. For the record, it’s not impossible, just really unlikely… but previously we didn’t go out of our way to inform you of exactly how unlikely. So we made it as clear as day by adding the probability of unboxing each item as a percentage to that individual item. We also had loads of complaints about some of our boxes seeming like you'd never win anything but laces all the time, since the chances of winning a valuable item was so low. So we've fixed that by improving the odds of getting better items, and adding different styles of boxes with different levels of volatility. Some boxes even have up to a 40% chance of revealing something worth more than you paid. We’ll go more into this later, but this is something we think is a real game changer.

Another of the steps we’ve taken to make things super clear for you is to add helpful pop-up hints to give you all the information you need to come out of the experience with the most knowledge and the most value. For example, we promote our handy exchange feature, which you can use if you didn’t unbox an item you liked. By doing this though, there is a fee involved… and now you’ll see this information in the handy pop-up message at the top of the screen. You’ll be well aware that there will be a fee, and that you’d be much better off keeping your original item. We've also made our '18+ only' policy extremely visible on login and on top-up, so we can prevent underage users from getting involved from the beginning. We're extremely strict about this actually, and we don't want to be serving minors at all. That's why we've increased the precautions we take by adding more indicators of our policy on the site... and we'll even go so far as to verify ID if we're a bit suspicious that you may be under 18.

In fact, any extra costs such as exchange fees or shipping costs are now clearly highlighted on an individual item. You’ll know before you do anything what the fee is, and it’s up to you whether to proceed. We’re also not hiding why these fees are there - because the truth is, we can offer some items cheaper by excluding shipping, and that makes the boxes more fun to open.

Our payment options were another area of concern as some Gift Card resellers charged up to 10% fees, we've now added G2APay which has no fees whatsover with Visa and Mastercard.

Basically, with your help, we're on a journey to becoming more and more transparent in the name of being more helpful and informative. We're working fast to act on your feedback, and our aim is to get to a place where we're 100% upfront about how we work... and we think the steps we've taken so far are in the right direction.

The odds are now real plain and simple.

Obviously the ideal HypeDrop scenario is to open a box and reveal a big-name brand item worth way more than what you paid. That’s awesome when it happens… but the reality is that it doesn’t happen too often. And we’re not denying that one bit.

For the record, the odds of winning a particular item were always there, but now we’ve made it super obvious by displaying them over each item when you click ‘Toggle Rates’. So when you win a sticker for the seventh time in a row, you can’t say you didn’t know that could happen, since the high percentage chance of winning this item was right there in front of you. You’ll clearly see that a new laptop or pair of sneakers have a really low probability - and if you go ahead with the unboxing, please be prepared to order the item that you unboxed as it will always at least be the same value of the box.

With the new addition of our different styles of boxes, we also clearly mark the probability of unboxing something of high value - so you'll see whether it's 1%, 5%, 10%, 20%, or 40% from the get-go.  This is actually a bit of a test for us, so we'd love to have your feedback on whether or not it's a good idea. Have a look at our boxes marked with 'new' or 'improved' tags to see more about what we're talking about.

Something else people didn’t really understand was how their odds didn’t change after opening several boxes. This is because each item is tied to a roll number (now explained in our Provably Fair section), rather than the number of items in a box category. The game play isn’t at all cumulative, and while you would hope to win a different item with each unboxing, if the probability of a particular item is much higher, it’s very, very possible you could win a lot of the more common items.

Speaking of our Provably Fair method, we had originally tried to keep this super simple so that everyone could understand it. It’s quite a complicated algorithm we use, and not all of our marketing guys totally got it the first time around, which is why we had our original ‘Fair Packing Policy’ that dumbed things down to an analogy of the game, ‘Rock, Paper, Scissors’

We thought we were being helpful, but it turns out we thought wrong, and you guys just wanted the plain and simple truth - so we’ve given it to you. You can now visit our Provably Fair section to get a full explanation of how it all works. We’ve still tried to keep it as simple as possible, but without the child-like analogy.

Something else to note about our algorithm is that it has absolutely nothing to do with the animation we display when you’re revealing an item. Well, not nothing, as you’ll still see the items within that category rotating. The truth is that the result has already been determined before the animation stops, and it’s really just there because it looks cool and exciting. And since that’s the truth, we wrote it on a helpful pop-up message.

It's all a work in progress.

While we’re bringing you radical transparency, we’re also honest about not expecting to get this all right on the first attempt. We’re a work in progress, and we’ve only come this far because of your feedback. We do have other features in the pipeline, such as a 'cool down' feature to prevent misuse of the website like selling back items too often.

What we want is to keep that feedback from you coming. What did we miss? What can we still improve on? What would make HypeDrop an even better experience?

It's in your hands as it always has been, and your feedback is invaluable and always welcome... so you're free to DM us on the Gram, Messenger or contact our support  to make this experience as fair and exciting as possible!