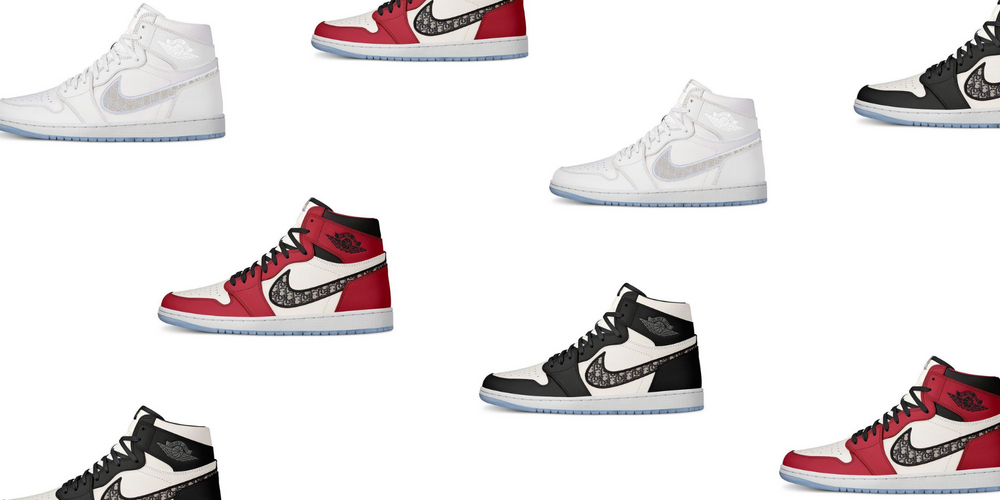 Gossip or Gospel? Three new colourways of the Air Jordan 1 x Dior are rumoured to drop this Summer. Here's what we know!

It's safe to say that the Dior AJ1 was, and still is, one of the most sought-after collabs of the sneakerverse. Kim Jones' ultra-luxurious shoe took sneakerheads everywhere by storm, with most of us resorting to raffles and resellers for the chance to cop a pair. To this day, the sneaker is listed on StockX for an *eye-watering* 3x its retail price!

In the months since the sneaker dropped, we hoped and prayed that it wouldn't be the first, and last, from the powerhouse-pairing. Kim Jones and co. never put an expiry date on their partnership, after all.

Now, a year after the OG's release, rumours have to started roll out across the sneakerverse that three new colourways are on their way. Here's what we know!

Mr Unloved1s said that he'd also heard about the 'Chicago' and 'Royal' colourways, but that an all-white pair could be coming instead of an all-black.

Have the brands confirmed the hearsay? Well, no... but we've got a good feeling none-the-less.

If the rumours are true, we'll likely hear more in the coming weeks. And you can count on HypeDrop to keep you updated!

Remember, HypeDrop 2.0 has just launched! From a new collection of Mystery Boxes to bigger and better Daily Free Drops, check it out!