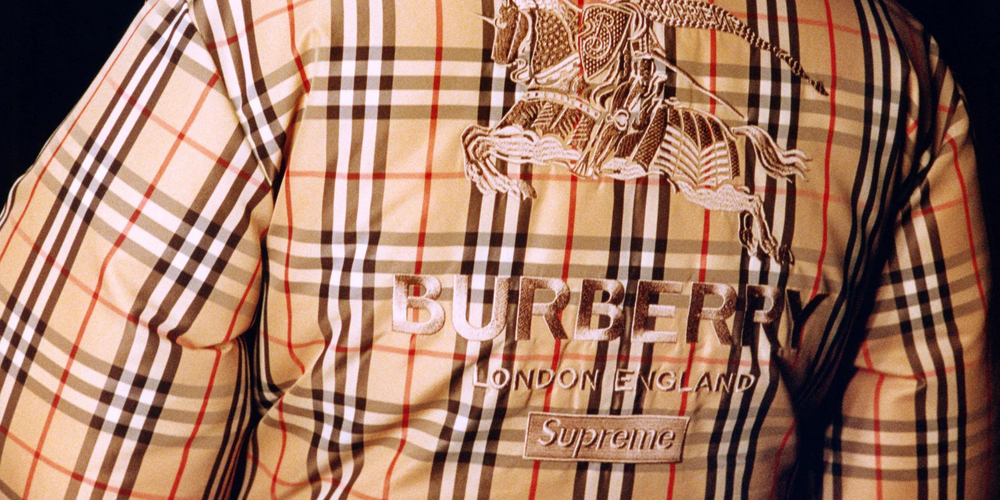 The hottest collaboration of '22 was an instant sellout! But if you missed out, you can cop it on HypeDrop.

Back in January, Supreme Leaks News took to the 'gram with rumours of a Burberry x Supreme collaboration. The luxury British fashion house, renowned for premium outerwear, was yet to advance into the waters of streetwear. While Supreme, on the other hand, had firmly placed itself on the side of premium. The suggestion wasn't a reach too far. But in the weeks following, the rumour mill died down and hypebeasts went back into hiding. Until earlier this month, that was...

Pictured in a Burberry Nova shirt and matching trousers, A$AP Nast all but confirmed the collaboration. The most iconic and enduring British label in history was about to receive an unforgettable NYC makeover!

On release day, shoppers queued in their masses for the chance to grab a piece. But scalpers had other ideas... 600% mark ups on StockX being the most common! As expected, the collaboration was an instant sell-out.

If you were one of the unlucky many, we've got you. Our Burberry x Supreme Mystery Box is packed with the hottest picks from the drop, alongside some of the duo's most notorious apparel!

Originally retailing at $598, Burberry x Supreme's Shearling Collar Down Puffer headlines the collection. In Burberry's classic print, it features a fur collar and Supreme branding on the back. The duo's $136 Multi Deck Set also makes an appearance, as do the $198 Box Logo Hooded Sweatshirts, and $54 Box Logo Tees.

With most products reselling at 4x the retail price, your wallets in for a shock. Unless you turn to HypeDrop, where Markie's already unboxed the Puffer for $147.97!

What are you waiting for? Unbox Burberry x Supreme on HypeDrop for $147.97!