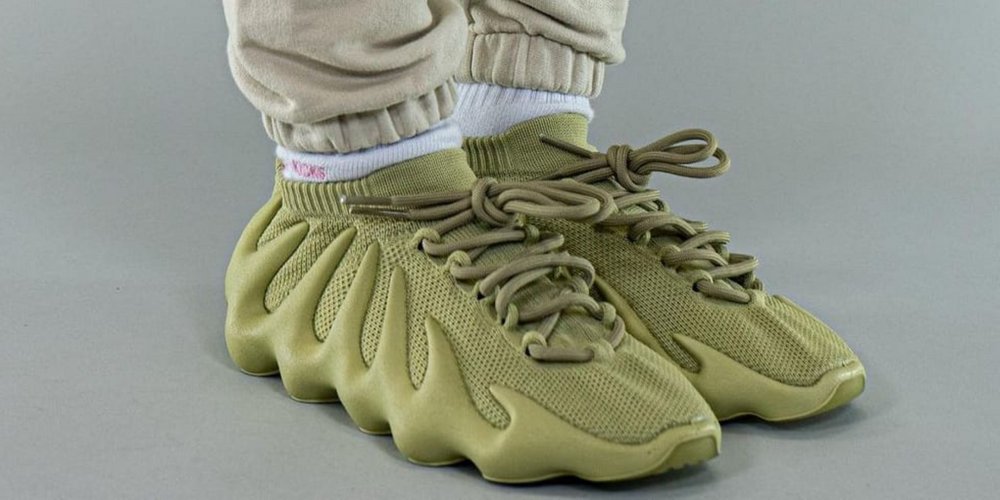 Ye's year isn't over yet. From the 700 V3 Copper Fade to the 450 Resin, he's still got a few tricks up his sleeve. But are they HypeDrop approved?

Do you still wear Yeezys? In the last two years, there's been a shift in demand for the brand. Once the most sought-after sneaker, Yeezy's popularity has faltered. With back to back drops and increased unit quantities, the shoes aren't as exclusive as they once were. As for his recent switch to ultra spirituality? It might've lost even more of the crowd.

Ye's magic is seeming to fade. Colourways are repetitive or silhouettes too outlandish to wear. As for their price, $200 a hit is more than most Jordans or Dunks. His Q4 lineup has promised a return to the classic formula we know and love. But only time will tell if it's enough to get us hooked again.

Here's 5 of the sneakers Ye is slated to drop before the year's out!

Neutral-toned with a chunky aesthetic, the 500 Ash Grey is archetypal of the trend that saw Yeezy's popularity skyrocket.

Constructed from high-quality suede and pockets of mesh, the sneaker's components blend hues of brown for an earthy effect. Known as the 'Desert Rat' in its earliest days, it's been designed to resemble a New York subway rodent. Do you see it too? Built on adiPREME midsoles, the Yeezy 500 makes stomping through rough terrain a walk in the park. And luckily for us, it's dropping just in time for Winter.

You didn't think we'd ignore the recently announced Yeezy NSTLD Boot, did you? When we said Ye's famous for silhouettes too outlandish to wear, this is what we meant.

Originally previewed at the Yeezy Season 8 runway back in March 2020, we never thought that the shoe would see a retail debut. Shortened from the word insulated, the shoe combines the shell of a Foam RNNR with a high-rise puffy coat construction and velcro seal. Maybe it'll surprise us as much as the Foam RNNR did.

When Ye dropped the 450 in March this year, sneakerheads lost it. To this day, the Cloud White and Dark Slate renditions are selling for up to 3x the retail price on StockX. But will the Resin colourway hold up?

Previously seen on the Yeezy Slide and 350 V2, Resin is a colourway we're all familiar with. On the 450 silhouette, the greenish-beige hue is painted in one tone throughout the entire sneaker. The upper is made from Primeknit materials for a sock-like fit, secured in place by a foamy exo-skeleton. Is it a slipper? Is it a shoe? We'll leave it to you to decide.

A re-invention of the dad shoe, Yeezy's 700 silhouette has earned holy grail status. Expanding on the line up of colourways is a smart move by Ye, one welcomed by us.

Teased in a tweet in 2020, the aquatic Fadazu will finally see the light of day. As with all 700 silhouettes, the construction is built from a combination of suede, leather and mesh. Evocative of the 700 Inertia, shades of teal, aqua and seaweed filter through the colour palette, while orange accents compliment the forefoot. We've got a feeling this one will be a hit.

Yeezy's familiar with brown tones, but the brand's never revealed a gradient style sneaker like the 700 V3 Copper Fade.

A rendition of the 700 line, the V3 is the least structured of them all. The Boost-less sneaker is made from a primekint construction, with semi-translucent overlays. The gradient aesthetic kicks off with orange at the front, fading in to brown. And while the sock liner is submerged in the titular hue, the midsoles come dressed in a dark grey exterior. This futuristic pair could go either way.

Hype can be resuscitated - take it from Dunk. A return to the classic designs that made Yeezy might be enough to bring it back again.