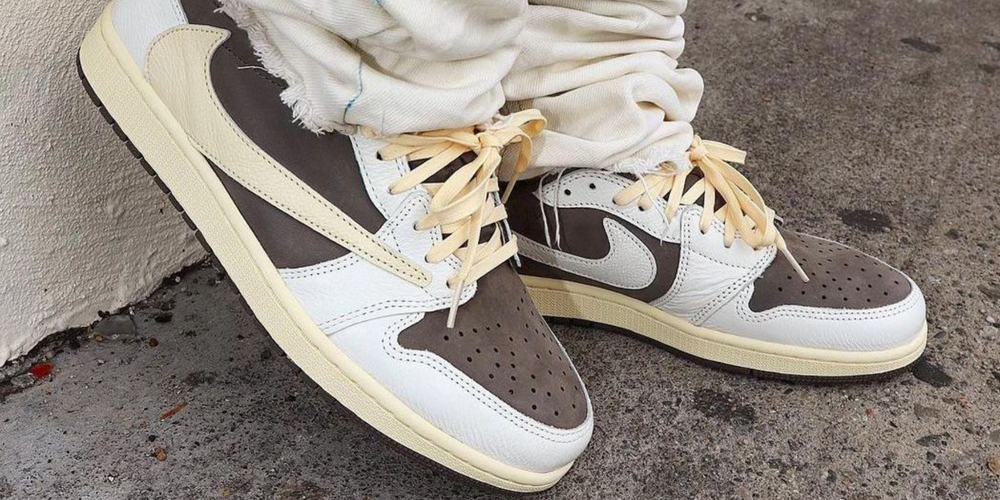 A pair of 'budget' Hyper Royals and La Flame's Reverse Mocha in time for Fall!

Summer's out! The colder weather's creeping in, and our shoedrobe's due a change in style. So where do you look for a new pair of kicks? Sleep on StockX, and get over Goat. On HypeDrop, you can grab the latest streetwear drops for a fraction of the retail price. From Jordan to Air Force 1, here's what's new in our Mystery Boxes!

Hyper Royal, who? Released back in Summer, the Jordan 1 Mid French Blue Fire Red is a duplicate all-year-rounder to one of Jumpman's finest pairs. It features a tie-dye effect on the overlays of the upper, and a contrasting crisp-white leather base. Underfoot, an icy outsole matches the metallic silver Swoosh on the sidewalls - while fire red branding completes the design.

Virgil may have passed, but his legacy hasn't left us yet. Released to the public in a limited drop after a run at Brooklyn Museum’s Virgil Abloh: “Figures of Speech” exhibit, the Air Force 1 Low Brooklyn is a sneakerhead's fantasy. In an allover bright green, it features Off-White's signature zip-tie, circular cut out on the tongue and enlarged text branding on the lateral side. With silver Swooshes and matching rubber 'AIR' insignia's, it's classically Nike - with Virgil's edge.

Following Noise Aqua, Monarch and Maroon, Nike have teamed up with Patta Waves again to deliver a complete collection. In Black and White, the Air Max 1's follow the styling of their counterparts; vintage in design with full leather overlays and panelled detailing. On the white pair, silver-hued mesh pockets mirror the embroidered logos at the forefoot. And on the black pair, a grayscale sports mesh meets stark white branded accents.

You know the drill - if La Flame's name is on it, we'll wear it! Reimagined from Scott's 2019 Jordan 1 Low Mocha, the Reverse rendition of the sneaker is exactly what you'd expect. An inverted version of the OG design, it features a deep brown suede base and contrasting crisp white overlays. As expected, a show-stealing backwards Swoosh sits on the side of the shoe, while a cream midsole and laces complete the design. Is it the shoe of the season? It could well be.

Following its Blank Canvas counterpart, the Jordan 4 Retro SE Black Canvas is the ultimate 'it'll go with anything'  sneaker. Mostly dressed in a range of greyscale tones, it's built with a namesake material base, TPU support wings and suede toe box panelling. For contrast, red branded accents hit the tongue, while a pop of white hugs the midsole.

Still not sure on the Mid? Jumpman wants you to think otherwise! A remix on the well-loved OG, the Jordan 1 Mid Alternate Bred Toe is a women's exclusive dream. In Chicago's traditional pairing, red coats the laces, toe box, heel and Swoosh, while black swarms most of the upper. As an added contrast, however, white coats the outer sole, tongue and sides.

Toss aside the Laser Orange, Dunk's Medium Olive was designed with Fall in mind. Delivered in a classic two-tone construct, the sneakers feature white leather uppers with overlays of the titular hue. The Olive shading also coats the laces, Swoosh and branding, while a clean tongue and outer sole unit complete the design.

Got another pair of kicks in mind you'd like to see on HypeDrop? Tweet us with your sneaker dreams, and you might just catch them in our Mystery Boxes.