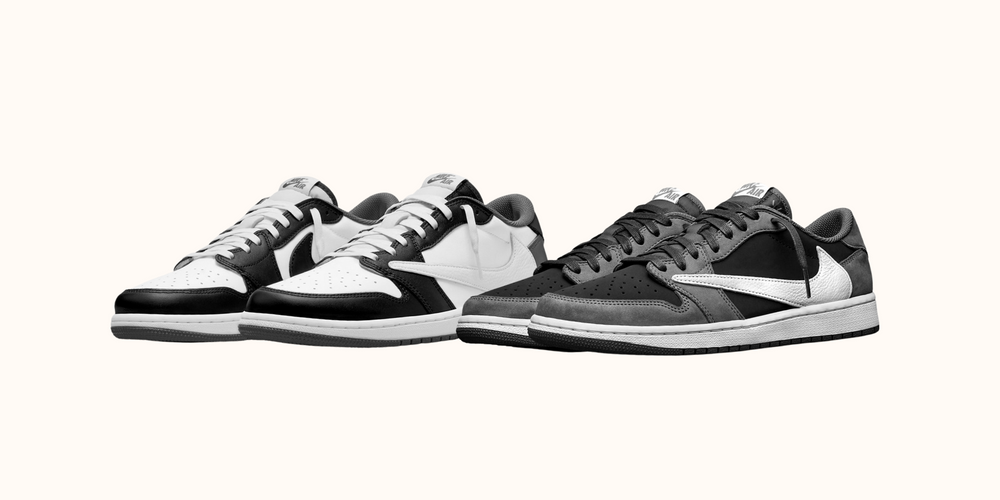 It's only been a month since Travis released his latest Jordan 1, and rumours have already surfaced about the next pair set to drop. Do we expect anything less from La Flame?

The musician and self-proclaimed hypebeast has cemented a name for himself in the sneakerverse, delivering sell-out silhouette after sell-out silhouette. Most recently, the Fragment x Jordan hit the shelves, following in the footsteps of Dunks, Jordan 4's and 6's. And next on the list, according to mr_unloved1's on Instagram, is two Jordan 1 Lows.

Little other information about the collab has emerged, and the colourways still remain a mystery. But the sneakers are expected to mirror Scott's previous releases, featuring a multi-material, three tone construction, the famous reversed Swoosh and Air Jordan branding on the heel, tongue and insoles.

Now the word's out, we expect (or at least, hope) that Jordan will release more information in the Fall.

The rumours follow reports of a Travis Scott x Nike Air Trainer 1 SP collab, after La Flame was spotted in a pair back in August.

Last week, sneaker insiders py_rates_ escalated the excitement, sharing leaked photos of three colourways set to drop, including Coriander, Lt Smoke Grey and Dk Smoke Grey. As per usual, the rumoured collaboration is expected to feature the reverse Swoosh and Cactus Jack branding. The sneakers even have a reported retail price of $140, and release date of Spring 2022.