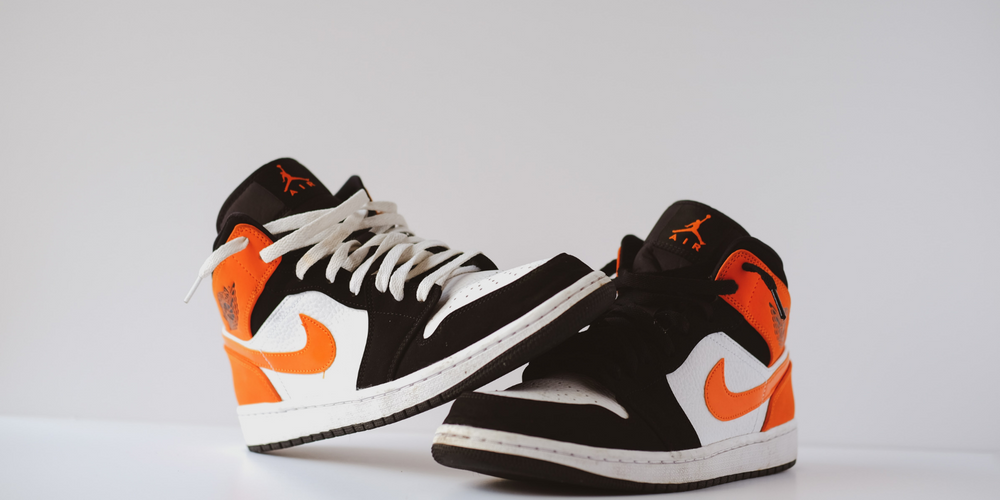 So you think you're a sneakerhead? Jumpman might be your middle name, but how does your toolkit fair against ours? Let's take a look!

Sneakerheads. It's a term we're all familiar with. But where does it come from? According to our most trusted friend (Wikipedia, of course), the term emerged in the late 1980's when sneakers were popularised by the likes of Michael Jordan and the Wu-Tang Clan. It was given to individuals engulfed by an emerging streetwear movement; those who would queue around the block just to get a whiff of the latest Jordan. Or those who would sell their family's heirlooms to cop a retroed pair at resale.

The art of collecting, trading and reselling sneakers was in full swing. So by the time the Internet rocked up, sneakerheads could take their passion to new heights - to the 'sneakerverse', as we like to call it. Almost immediately, the loudest voices in the sneaker game could be heard from both hemispheres. News about rumoured releases ran faster than a hornet with road rage and thanks to Ebay, re-selling was the simplest it had ever beeen.

To this day, sneakerhead communities are some of the loudest. But are you really worthy of the title? Or do you know a little less about sneakers than you're letting on? Luckily for you, we're pretty clued up. And we've selected 5 essential silhouettes you *need* in your kit to be crowned an official sneakerhead. How do you score?

You knew it'd be on here... what's a sneakerhead without a Jordan 1? The silhouette was the shoe that changed collecting forever; it was the first signature sneaker in Michael Jordan's legacy and remains the most popular of the last three decades.

In 1985, the shoe made its first appearance on court. It was stylish, dynamic and instantly made its mark. Throughout the years, the silhouette has released in colourway after colourway - from Lucky Green to Chicago (pictured), Dark Mocha to Court Purple. But it isn't just variation that makes the Jordan 1 stand out... it's the collaborators who have made the shoe their own. From Cactus Jack to Dior, Fragment x Travis Scott and A Ma Maniere, we've never been let down.

Another Jordan? Come on, there's no surprise here. The Jordan 4 is one of the most recognisable silhouettes in streetwear. From the moment Michael Jordan was pictured in the shoe on court, the sneaker became a sell-out.

The Jordan 4 debuted in 1989, the fourth signature sneaker designed for the Chicago Bulls legend. Like the Jordan 1, it was an instant hit with sneakerheads everywhere. And to this day it's remained firmly at the top, part in play to OG colourways like Black Cement and Fire Red, part in play to later drops like Lightning (pictured) and Off-White's Sail.

Make way for the Dunk! The Nike Dunk Low crept out of the shadows last year to become one of the most popular silhouettes in the sneakerverse. Whether it be the thirst for nostalgia or the desire for cleaner silhouettes from the everyday consumer, the Dunk is here to stay.

An OG for skaters, the Dunk was popularised in the early 1990's. Although its popularity dipped a little in the years between, the sneaker made a comeback in 2020 thanks to the likes of streetwear heavyweights Travis Scott and Virgil Abloh, and some of the most bold collaborations in history - Grateful Dead or Ben & Jerry's? You choose.

Out of all the Yeezy silhouettes, the 350 V2 stands above the rest. From Black Red to Triple White and Zebra (pictured), the sneaker has firmly taken its place as one of the most sought after iterations of the 21st century.

When Adidas partnered with Kanye West in 2013, history was made. Yeezy's had previously been released with Nike, but Adidas offered a legacy like no other, with the 350 V2 as their flagship. It might have been called a 'glorified slipper' at first, but the sneaker still climbed the ranks come release day, and hasn't dropped since.

Finally, it's the Nike Blazer Low! The OG shoe is loved for its simplicity. But more recently, dynamic renditions have kept it atop of the sneakerverse.

Released in 1973, the Blazer Low was a simple, clean and standard sports shoe. Fast forward to 2019, the sneaker was about to have a rebrand. Sacai stepped into Nike, and the powerhouse partnership resulted in sneakers that had never been seen before, from the likes of Classic Green to Magma Orange and the upcoming KAWS collection (pictured). For the first time, the shoe made a statement: one that sneakerheads were drawn to.

Shop your sneakerhead dreams on HypeDrop!