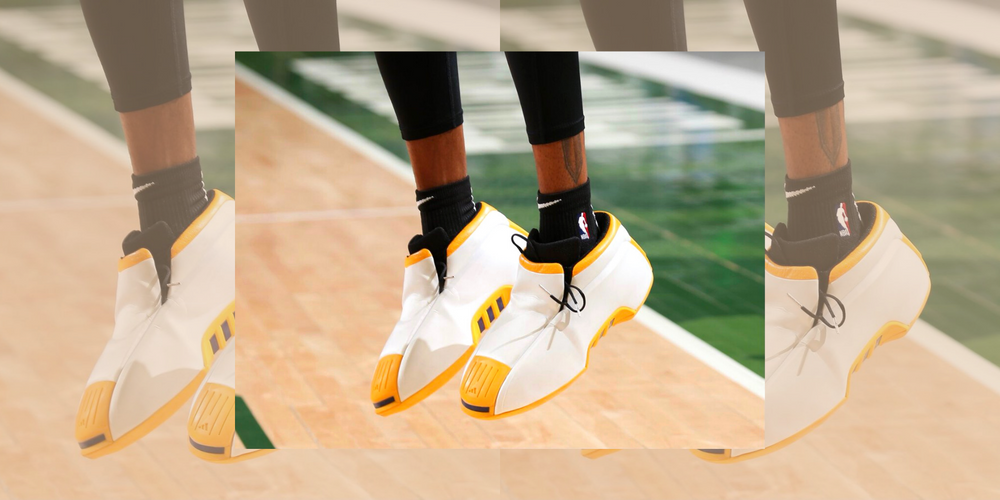 Recently, ugly sneakers have made somewhat of a comeback. The 'Dad Sneaker' resurfaced in the form of the Yeezy 700 silhouette, and the Balenciaga Triple S brought back the chunk. Styles are individual, right? But there is a universal fine line between 'ugly-wearable' and plain old 'ugly'.

Some of our favourite brands have even been guilty of taking it too far. And if you ever wondered what 'too far' is, we're about to tell you. Here's 5 of the ugliest sneakers of all time, for your entertainment!

Released in the mid-2000's as part of a Fantastic Four inspired collection, the Nike Air Force 1 Invisible Woman turned heads. From behind, you wouldn't be alone in assuming the shoe to be a classic AF1. But a shuffle to the front of the sneaker would prove you wrong. With the addition of (or subtraction of, depending on how you see it) a clear plastic toe box, the sneaker was far from wearable. But even then, the main problem revealed itself after the shoe left the shelf. Two words... toe fog. When worn, the transparent plastic toe box would fog from the heat of the occupants foot. If that's not enough to put you off your dinner, we don't know what is.

We wish we knew Adidas' thought behind the Kobe 2. An acquired taste, the sneaker has a few hardcore fans. Trust us, we're as surprised as you are. But missing from that fan base is Kobe Bryant. You know, the athlete the signature shoe is named after? Rumour has it that he penned the sneakers 'bulky moon boots', and switched back to his earlier signature shoe, The Kobe, in protest. If we had to describe the sneaker, we'd compare it to those huge slippers you'd put in your Dad's stocking at Christmas. You know the ones.

Ah, the Reebok Preachers. Before you question us, yes... they are a real shoe. And worse than that, they represented the best of the USA at the 1996 Atlanta Olympics. Worn by Shaquille O'Neal, and representing the 'Dream Team's' gold medal, hardcore sneakerheads would argue the sneaker to be lucky. But even luck wrapped in s*** is still s***. Enough to lead any of us to plead for God's forgiveness, the shoes are better left in 1996 where they belong.

The epitome of style, Prada could never do a sneaker injustice. Right? Very, very wrong. Surprisingly, the Punta Ala is one of the most popular high-end sneakers ever made. In actual fact, it's one of the ugliest. Resembling school plimsoles - or the orthopaedic shoes your Grandma wears - it's success is one of the strangest stories in the sneakerverse. Really, we can only put it down to the designer label.

Cop a sneaker on HypeDrop! Trust us, there isn't an ugly one in sight.