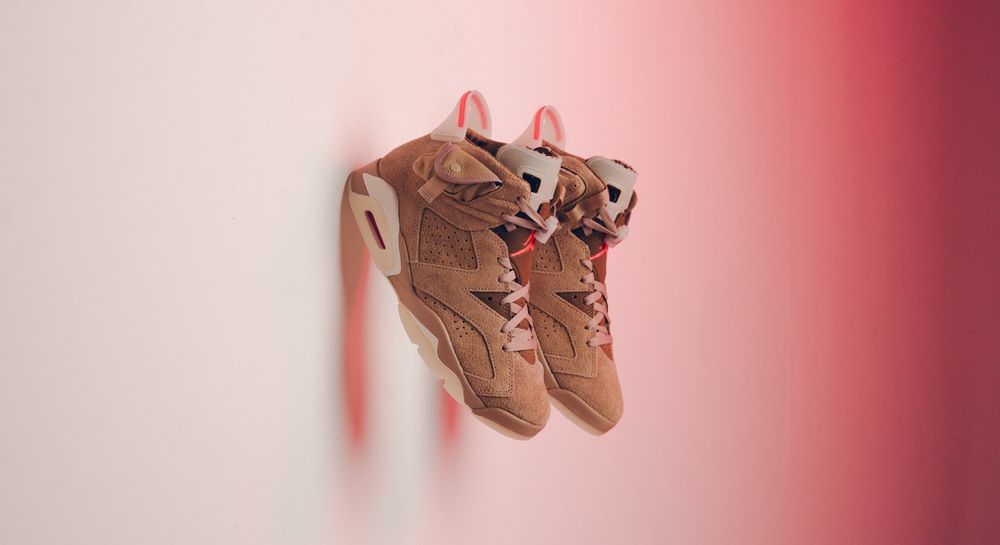 From the Air Jordan 6 Travis Scott to Dunk's 'What The Paul', here's our top pick of the hottest sneakers Nike have dropped so far this year.

2021's already been a year to behold for sneakerheads. Virgil Abloh announced a collection with Dunk, Yeezy's have dropped left, right and centre, and 'University Blue' has done the rounds. But today, we're looking at one brand in particular. The one and only, Nike!

Look in your cupboard, and you're bound to have a Nike product or two. It's no surprise then that the label secured the title as the worlds most valuable apparel brand this year! But aside from numbers, Nike's got style. Responsible for the likes of the Jordan, Vaporwaffle and some of the *hottest *collabs around, it deserves the top spot.

We've picked ten of our favourite sneakers the brand has released so far this year. And trust us, limiting it to ten was hard enough! To find out more, read on. And if you want to cop, your luck's in. Each of our picks are available in HypeDrop's Mystery Boxes!

Our first University Blue sneaker on the list goes to everyone's favourite silhouette, the Jordan 1! Crafted from signature leather, a bold black swoosh and vibrant panels, the sneaker is classic, but adored. It released back in March, and is *still* doing rounds on the re-sell ladder.

The Jordan 5 Retro Raging Bull! One glimpse at the sneaker and you can see why it makes our list. Originally released in 2009, the shoe is coated in one of the most legendary Jordan colourways to hit the sneakersphere; Varsity Red! It's luxurious, but still manages to look cool.

Dunk Low What The Paul

What The Paul marks the first Dunk on our list! In recognition of the legendary Paul Rodriguez, the special colourway dropped back in May. And if you didn't already know, it was a resellers dream! In similar fashion to previous collabs, the Dunk Low What The Paul features mismatched prints, patterns and colours that *surprisingly* seem to work.

Unbox Dunk Low What The Paul in Half A Dunk on HypeDrop!

Full circle... and back to the Jordan 1! Back in May, the brand released a 2.0 version of their OG Shadow colourway. And we took to it instantly! The combination of smoke grey and black may look all too similar to its predecessor, but its difference in colour blocking was enough to persuade us to grab a pair... or two.

University Blue's here to stay! Dunk's popularity has skyrocketed this year, so it's no surprise that the brand released a sneaker in the fan-favourite colourway. The simple yet striking release was surrounded by crazy amounts of hype, and just over a month later, it's showing no sign of dying down.

Think it's a Travis Scott collab? Think again! Although the Jordan 4 Retro Taupe Haze looks strikingly similar to sneakers the A-Lister has developed in the past, this shoe is hot in its own right. Its neutral, buttery and oozes premium. Word has it that if you look at the Jumpman for too long, you'll get lost in his eyes!

When news broke that Dunk was set to collab with Supreme again, the sneakersphere cheered! The 4 colourway collection sent us wild, but the Hyper Royal *really* took off. The sneaker took direct inspiration from the brands 2003 Dunk High collaboration, reimagining the Crocodile-embossed panelling and flock of metallic Supreme stars.

Unbox Dunk x Supreme Hyper Royal in Supreme Or Not on HypeDrop!

Limited to just 12,000 pairs, you know the Jordan 1 Retro Trophy Room had to make our list! The sneaker was released by Marcus Jordan's boutique in memory of 'the freezeout', a moment in 1985 when MJ was denied the ball on court. It's a classic Chicago AJ1, with a rich history and frozen vintage finish.

You know the drill. Travis touches it, we want it. So it came as no surprise when sneakerheads everywhere collapsed in joy for the release of the AJ6 British Khaki! The hype surrounding the shoe was *insane*. And from the get go, it was a battle to cop. But aside from the hype, the premium design was enough to certify the sneaker as a must-have; Travis or no Travis.

The final sneaker on our list? The Jordan 1 Hyper Royal! The sneaker hit our radar back in October 2020, and finally dropped in April. It was labelled as one of the best upcoming releases of the year. And luckily, it delivered! For some, it's the metallic silver swoosh. For us, it's the blue and white oily suede finish.

With another six months to go, we can't wait to see what Nike brings next!