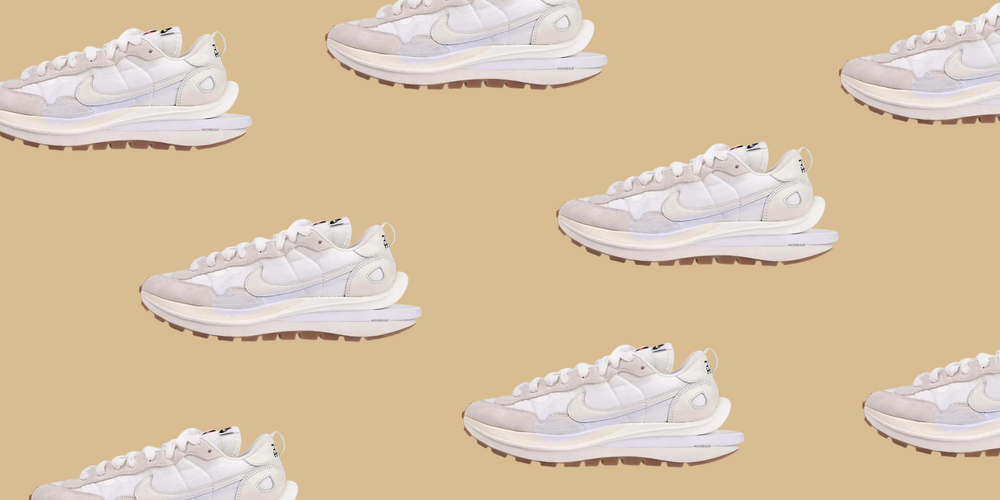 sacai's teamed up with Nike to release the next sneaker in a long line of collabs! Is the 'White Sail' a drop or cop?

From Supreme to Off-White, Nike has held its fair share of partnerships over the years. But despite them all, one ongoing partnership has dared to stand out: sacai x Nike. Responsible for the likes of the Vaporwaffle 'Dark Iris' and LDWaffle 'Pine Green', the powerhouse pair have an army of sneakerheads behind them. And it's easy enough to see why!

The futuristic partnership between Nike and the luxury Japanese fashion label began in 2015 with a NikeLab apparel capsule. Fast forward to 2019, and sacai's Creative Director, Chitose Abe, worked with Nike to drop the LDWaffle; a silhouette that would later be named 'Sneaker of the Year' by countless fashion outlets.

From there-on-out, Nike and sacai worked together to drop some of the most-hyped collaborations of the 21st century. And to this day, they're continuing to break the boundaries of fashion.

Let's take a look at their latest drop; the 'White Sail' Vaporwaffle!

The 'White Sail' is one of the cleanest Vaporwaffles the duo have released. Following suit, the sneaker most noticeably features chunky, double stacked midsole units which peak out towards the rear. But, unlike other sneakers in the collection, the construction is crafted from nylon rather than Flyknit textiles.

Aside from the contrasting hits of black across the tongue and heel, buttery tones of white and cream drench the sneaker.

The 'White Sail' is totally wearable, with the attributes of a classic sacai.

Explore some of Nike's most famous collaborations on HypeDrop now!