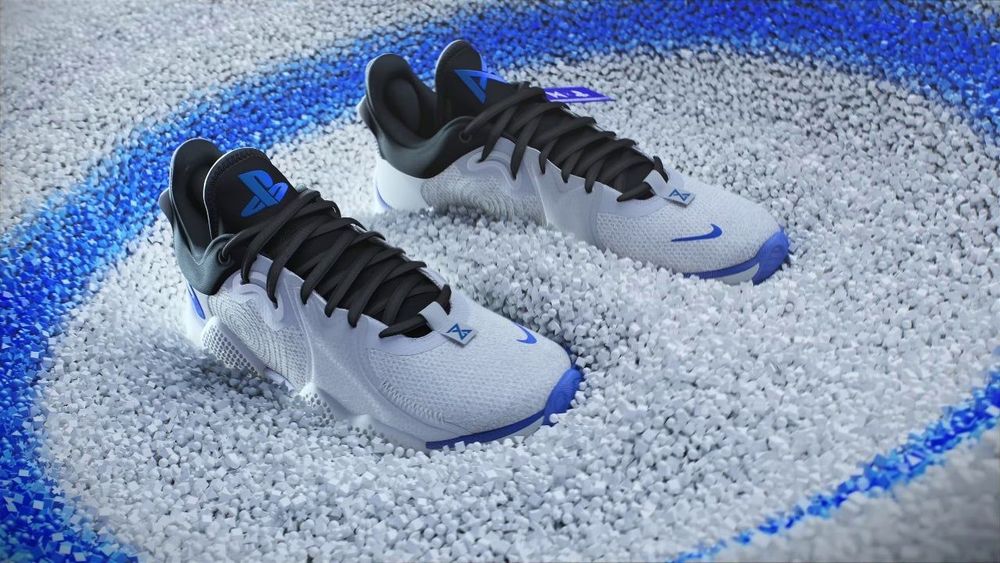 It's been three years since Paul George dropped his first sneaker in collaboration with PlayStation. The PG 2, inspired by the design of the PlayStation 4, hit the scene in January 2018 to cheers from the sneakerverse and gamersphere alike. The PG 2.5, based on the OG console, dropped soon after.

Now he's back! And it's only appropriate that his latest design takes on the PlayStation 5. We're certain that the hype for the console won't die down anytime soon, but will the sneaker have the same effect? Let's take a deeper look!

The sneaker draws direct inspiration from the gaming giant, opting for neon blue, black and white elements across the overlay, midsoles and translucent outsoles. The console's signature buttons are etched in to the upper panels, with further branding seen across the tongue, stitching and heeltab. There's no mistaking the flair behind this shoe!