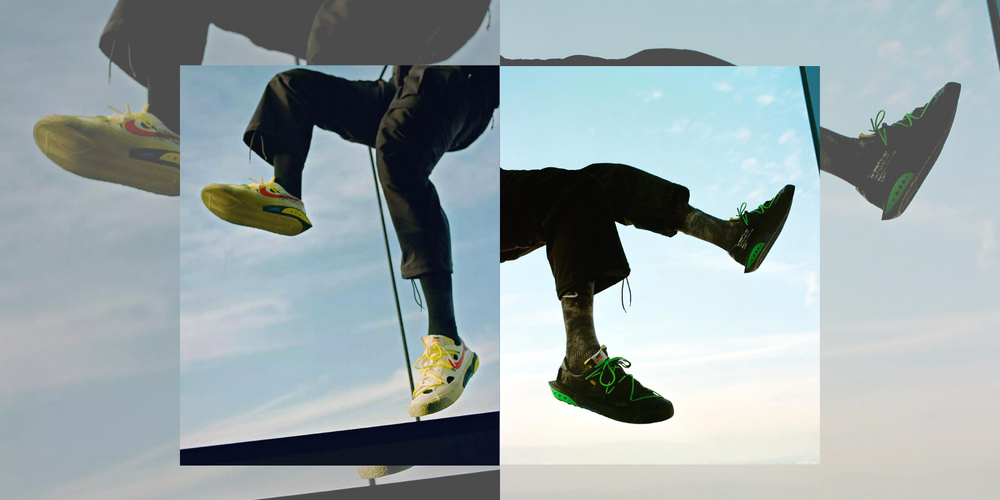 Arriving in University Red & Electro Green, the sneakers are the ultimate representation of Virgil's talent.

Following Virgil Abloh's unexpected passing in November, sneaker fans were left uncertain of Off-White's future with Nike. Out of respect for the streetwear icon, pre-planned collaborations were pushed back, and future designs shelved. But now, after a four month delay and plenty of rumours, the Off-White x Nike Blazer Lows have landed.

One-of-a-kind, yet typically Virgil, the sneakers are representative of Off-White's unique mark. Here's everything you need to know about Abloh's final legacy, and how you can unbox the pair on HypeDrop!

The University Red pair opts for a vintage look, whereas the Electro Green counterpart opts for a cleaner, semi-speckled arrangement.

Released on April 8th, the sneakers retailed for $140 each. As expected, they've doubled in price at resale! But on HypeDrop, you can unbox the pair for as low as $60.32 each in Supreme Vs Off-White.

The Blazer is a familiar silhouette to Off-White. The treasured basketball shoe featured in Virgil's 2017 'THE TEN' collection; hand-cut, open-source and reconstructed. With a bold Swoosh, Helevetica branding, University Red lace ties and exposed stitching, it paved the way for Abloh's distinct design.

Unbox the Off-White x Blazer Low in University Red and Electro Green in Off-White Vs LV and Supreme Vs Off-White, exclusively on HypeDrop.