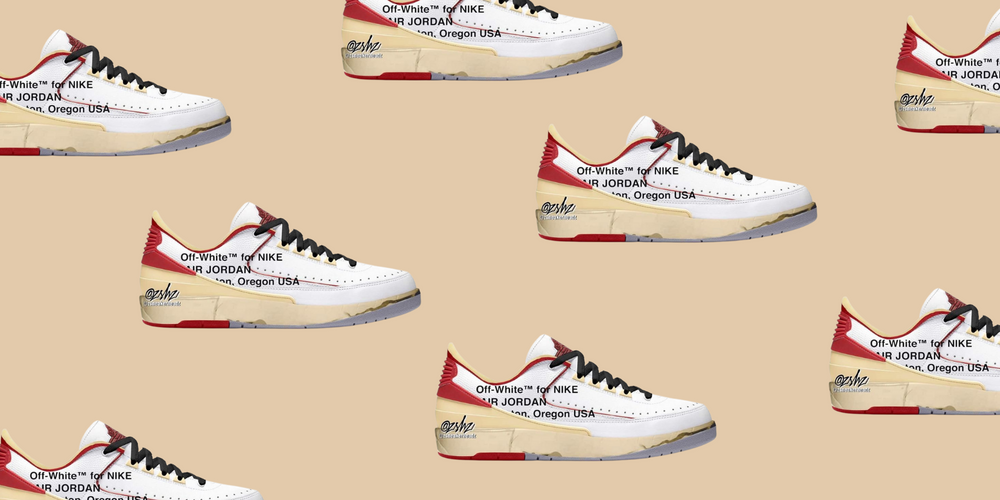 Are the rumours of another Off-White x Jordan collab true!? Let's take a look!

Virgil's been busy! Aside from crafting a collection of 50 Dunks, the renowned designer is rumoured to have been working on two new Jordan's! Whispers of the sneakers, set to drop in White/Red and Black/Blue, hit the sneakersphere a little over a week ago now. And mocked-up images have given us the hope we need.

Although it hasn't been confirmed by either brands involved, the sneaker is rumoured to release on 23rd September. Let's take a deeper look!

Expected to celebrate the Jordan 2 silhouette's 35th anniversary, the sneaker will arrive in two colourways - White/Red and Black/Blue. And in true Off-White style, the design features aged, deconstructed detailing with bold branding. Exposed foam appears on the collars and tongue, and Michael Jordan's signature imprints the later sides.

If rumours are true, the sneaker will *definitely* be a sell-out!

Could a fourth Air Jordan 1 x Off-White collab be in the works!?

The Jordan 1 'Canary Yellow' hit our radar in 2019, when sneakerheads caught a glimpse of the shoe during Virgil's 'Figures of Speech' exhibition at the MCA Chicago. The bold sneaker features traditional Off-White detailing, including deconstructed hallmarks and heavy branding. It may have been two years, but we're still waiting *and praying* for more news to come!