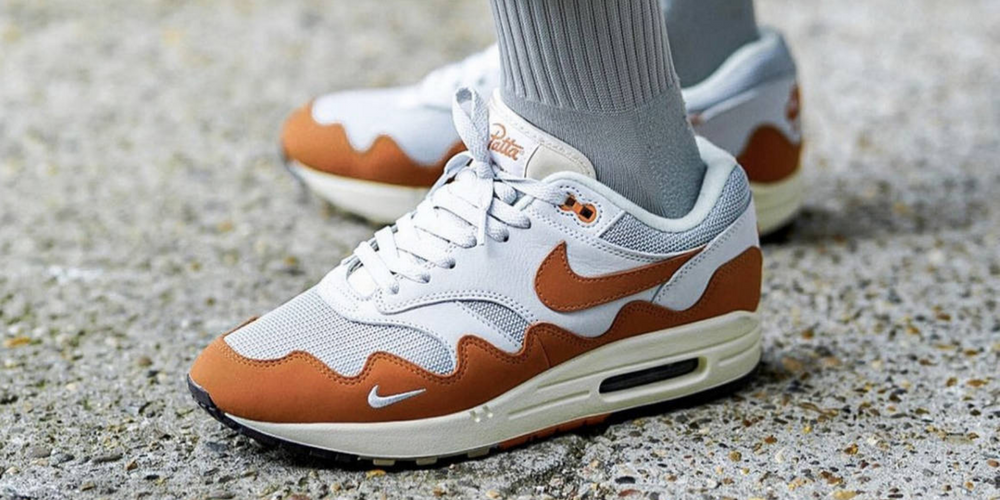 Are your SNKRS notifications on? From the Jordan 5 Bluebird to the Dunk Low Halloween, you don't want to miss out this October.

Pat yourself on the back, you made it to Fall! The season of neutral fits (and the occasional Halloween special) is finally here. The weather's getting colder, the nights are getting darker, and your shoedrobe's in need of a once over. Here's October's hottest drops, as selected by HypeDrop!

The Jordan 1 Mid lineup is getting a new colourway, and it's coming in low-top too. The teal rendition of everyone's favourite silhouette features deep green-blue overlays atop a crisp white leather build. On the mid, a matching teal swoosh, white tongue and wings logo complete the look. And on the low, a black tongue and swoosh give the sneaker a moodier edge.

The Jordan 5 Bluebird is the latest sneaker to feature the shark teeth emblem. The womens exclusive colourway is inspired by the cloudless weather that follows snowfall. It's baby blue across the upper, with mesh profile windows, metallic silver tongues and a translucent outsole.

The Kiss of Death 2 follows CLOT x Sacai's latest LDWaffle. Drawing inspiration from Clot’s 2013 Air Max 1 SP collab, the sneaker is primarily styled in grey. Though hits of navy and white dress the mesh and fused synthetic layers, while a pop of green hits the tongue.

To commemorate its 75th Anniversary, NBA's teamed up with Dunk to showcase a trio of baketball-inpsired low-tops.

The Chicago Bulls rendition features sail uppers and red overlays, with black accents on the swoosh, laces, heel tab and collar flaps. The Brooklyn Nets rendition is mostly grey, displaying the hue across the toe box, collar and quarter panels while a navy blue decorates the swooshes, forefoot overlays and heels. But the New York Knicks rendition is the most colourful: with orange forefoot overlays, black uppers, a blue swoosh and grey collar.

Each pair also features '75 Anniversary' branding across the tongue tab.

If you're a fan of the Jordan 1 Dior, the Light Smoke Grey is the next best thing. Painted in the same colour palette, the Smoke Grey is crafted from various premium leather panels. It features swoosh branding on the lateral and medial sides, while the iconic wings emblem can be seen on the ankle.

In celebration of spooky season, Dunk's created the ultimate Halloween sneaker. The namesake shoe features a sail leather upper with orange swooshes, tongues and inner lining. The shining feature, however, is the glow-in-the-dark owl eyes atop a glowing outsole.

But Dunk didn't stop at one; the Mummy also drops this Halloween. The denim effect, neutral toned sneaker features a tear-away upper that mimics a Mummy's dressing. It's also glow-in-the-dark (across the soles, heel tab and tongue label) with eyes in the back of its head... literally.

Amsterdam retailer Patta has joined forces with Nike to release a pair of Air Max 1's. The premium leather sneaker is dressed in white and metallic silver panels, with an immense Monarch wave. Other details include a mini swoosh at the toe, a mesh base and branded tongue. The collab even comes packaged in a custom box.

Like the first sign of frost on the ground marking winter, the Air Force 1 Skeleton marks Halloween. Having first made waves in 2018 with a white rendition, the sneaker soon followed in black and orange. And now, in 2021, a purple release is on the cards. As with past releases, a bold upper features an aerial look at a skeletal x-ray, sat atop a glow-in-the-dark sole unit.