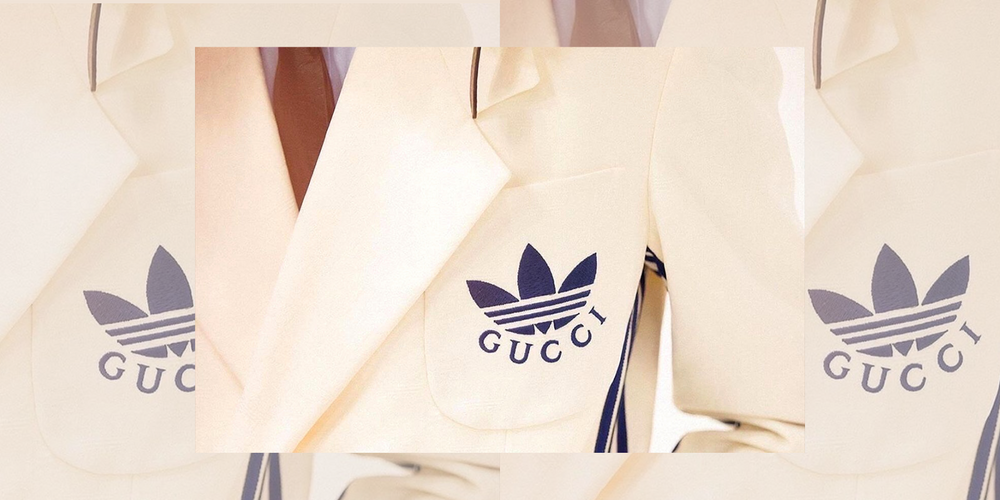 With sneakers in tow, the giant's FW22 collection could be the biggest collaboration of the year!

Late last year, whispers of a Gucci x Adidas collaboration made their way onto our feeds. The leak wasn't completely unbelievable - Gucci had previously collaborated with The North Face, and following the success of their collection with Balenciaga, it seemed like a logical next step.

Lacking specific details or dates, all we had was a dual monogram to cling onto to. But on February 26th, that all changed. Gucci confirmed the collaboration during Milan Fashion Week! And overnight, the news went viral. Here's everything we know.

Featuring extravagant suits, colour-block knitwear, latex and more, the collection is classic Gucci with a sprinkling of sportswear. On some pieces, Adidas' input is unmissable. But on others, the brand takes a backseat for Gucci to shine through.

Leather gloves and knit athletic hats are among the accessories in the upcoming collection. And ticking the boxes of streetwear-luxe, a double sided cap seemed to be the show's stand out, given its admiration for both of the powerhouse brands. A trio of three-stripes-inspired suits, a Victorian-style silk dress and a pair of plaid-style pants were also featured. But in all we were given, the pair's take on the Gazelle stuck in our mind the most.

Teased in several colourways, a reimagination of Adidas' Gazelle is set to feature in the upcoming collaboration. With snakeskin, suede, velvet and classic leather variations, the sneaker is customised with subtle design changes, including extended suede mudguards and sharper stitching lines. Gucci's branding adorns the midsole, while 'Made In Italy' can be found on the insoles, alongside gold foiled 'Gazelle' on laterals.

Despite the hype, the collection has been met with unfavourable opinions, mostly for its lack of 'wearability'. But will that stop its hike on StockX? We doubt it.

While you're waiting for the collection to drop, unbox Gucci and Adidas on HypeDrop!