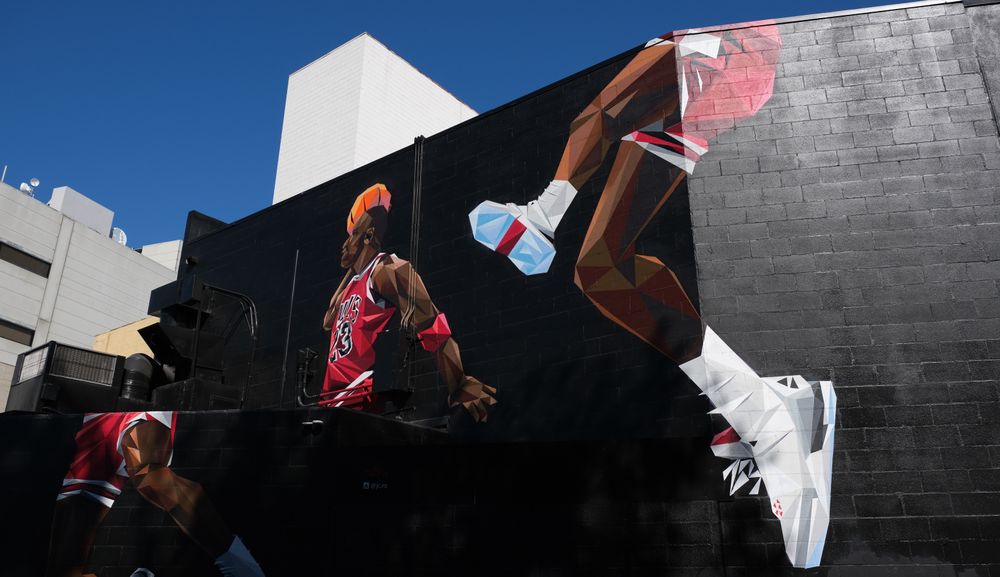 It's the sneaker that changed the game; the Air Jordan. Here's our top five of all time!

It's fair to say that the Air Jordan brand is pretty much responsible for sneaker culture as we know it. On the court, streets and runways, Air Jordan defined a sneaker movement for years to come. And the man behind it? The one and only; Michael Jordan.

Born in Brooklyn in 1963, Jordan was scouted at the University of Carolina. Popular on and off the court, he soon became a household name.

In late 1984, Nike produced an exclusive Air Jordan sneaker for the Hall of Fame basketball player. Seeing potential in the 21 year old, Nike offered Jordan a five-year endorsement deal. And soon after, in April 1985, Jordan and Nike released the Air Jordan 1 silhouette to the public.

Jordan's popularity was unsurprising; he was youthful, playfully arrogant and stylish. And to this day, thanks to the legacy of the sneaker behind him, his popularity hasn't dulled!

Right now, there are over 30 Jordan silhouettes knocking about on the market, with each release drawing more hype than the previous. Responsible for some of the most heroic collabs, groundbreaking colourways and collections, it's easy enough to see why!

Out of all the sneakers the powerhouse duo have released, there's a few that stand out above the rest. Here's our top 5!

It's the shoe that started it all; the Air Jordan 1! And in Chicago, the sneaker is unmatched.

From all of the OG colourways, the Jordan 1 Chicago is one of only three that Michael Jordan wore on the court. Having first released back in 1985, it's a collectors dream. But it wasn't until 1994, when the sneaker re-released with Nike Air branding on the tongue, that it got the retro treatment it's famous for.

The iconic silhouette released again in 2013 and 2015, and has since become a shoedrobe staple for hypebeasts, sneakerheads and basketball fans alike.

In 1990, the Jordan 5 silhouette hit the scene in four different colourways!

Five years after his initial endorsement, there was no sign of Michael Jordan slowing down. Fans took to the outlandish style of the Air Jordan 5 almost immediately, but one colourway in particular, Fire Red, skyrocketed.

The sneakers were retroed for the first time in 2000, and again in 2008 and 2013. Most recently, fans were able to get their hands on a pair as part of the silhouettes 30th anniversary celebration in 2020.

The Jordan 4 Bred was the first of its kind. Not only did it feature the Jumpman logo and 'Flight' script together for the first time, it released soon after Michael Jordan's first-career MVP award.

Over the years the sneaker re-released 4 times. But out of all of the drops, one stood out above the rest. In 2008, the Jordan 4 Bred dropped with the iconic Jumpman logo on the heel in place of Nike Air branding for the first time! This cemented the Jordan 4 we know today.

Infrared is one of the OG colourways of the Air Jordan 6!

The Jordan 6 Infrared is an obvious choice for our list; Michael Jordan wore it for his first-ever NBA Championship, after all! The sneaker holds immense value among sneakerheads and basketball fans alike. Not just for its history, but for its classic and clean design.

It wouldn't be right to miss out one of the most-hyped silhouettes of the 21st century, would it!?

The Jordan 1 Retro Dior needs no introductions. Released in 2020, the sneaker dropped in celebration of the silhouettes 35th Anniversary, and in an attempt to bridge street culture with high-fashion. Immediate reactions weren't the best - if anything, fans were confused! But one Insta post from Travis Scott soon put concerns to bed.

Only 13,000 units were released. And to this day, the sneaker is selling for upwards of 5x its retail price.

Designed to be the 'most luxurious Jordan ever', it definitely ticked the right boxes.

We could spend all day recounting our favourite Jordans! What's yours?

You can shop Jordan on HypeDrop! Open your first Mystery Box now.