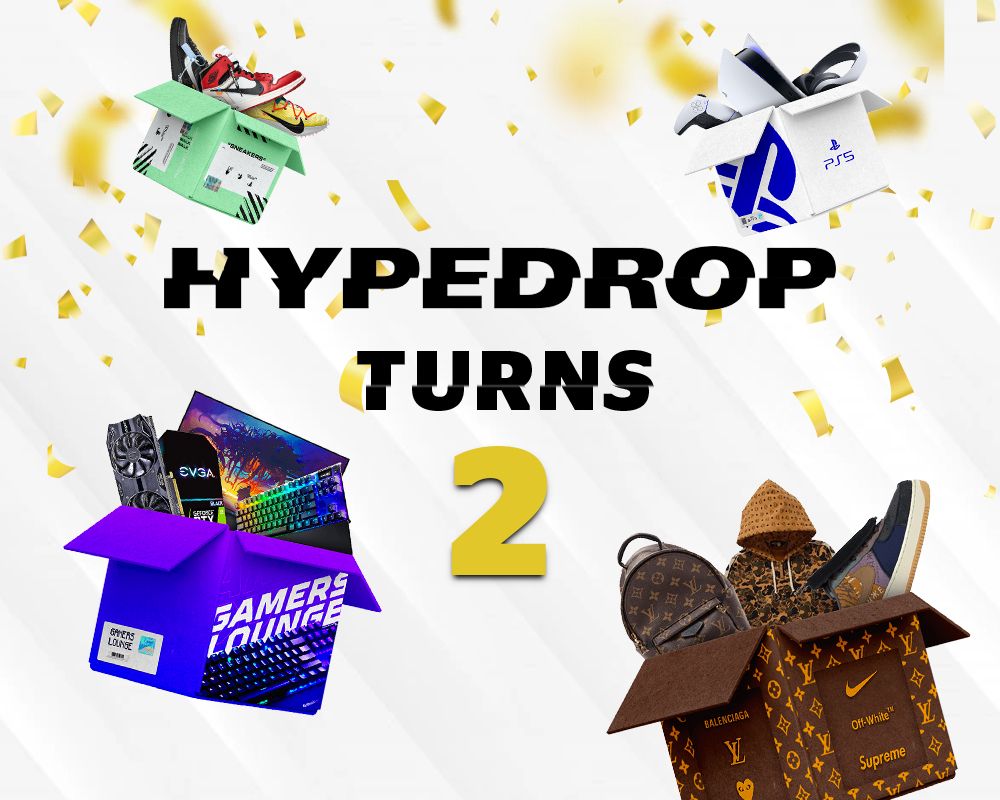 In 2018 we had an idea. Hypebeast culture was at an all time high, and the retail experience was evolving. We wanted to change the face of 'online shopping' and make 'luxury' accessible. Our idea? HypeDrop!

Turn Back the Clock; HypeDrop Launches!

On Monday 8th January 2019, we launched HypeDrop: our plunge in to the growing 'Mystery Box' market. We launched big, stocking some of the most hyped names in streetwear, sneakers and tech. We promised premium, after all!

But before we knew it, we were hit with our first hurdle. Scandal hit the 'Mystery Box' realm, and customers were losing faith in the industry. We had to prove we were trustworthy. And in a market where trust was at an all time low, we had to prove it fast.

Then, when the future looked bright, trouble came knocking again. Who remembers the famous line, 'HypeDrop sucks'!? We were never a scam, and worked hard to prove our authenticity! But still had some work to do. We listened to you, our community, and reworked the HypeDrop concept.

In with the Changes!

We promised absolute transparency, and we delivered. We publicised our provably fair methods, odds and fees. We even developed a brand new interface, design and user experience!

We brought you on this journey with us, implementing your feedback every step of the way. Down to the smallest of flaws, we worked to prove that you could trust us. And it paid off!

So, What Happened Next?

Now, two years down the line, we've shipped over $1.2 million worth of products, grown our audience to millions AND attracted thousands of daily visitors. And even in the middle of a global pandemic, your support is unmatched.

HypeDrop wouldn't be what it is today without YOU. You've stood by us as we've learnt, grown and evolved. We've got so much more to give. And we're so excited to bring you along with us! Here's to 3 years, 4 years, and a hell of a lot more! *Cheers to that!*