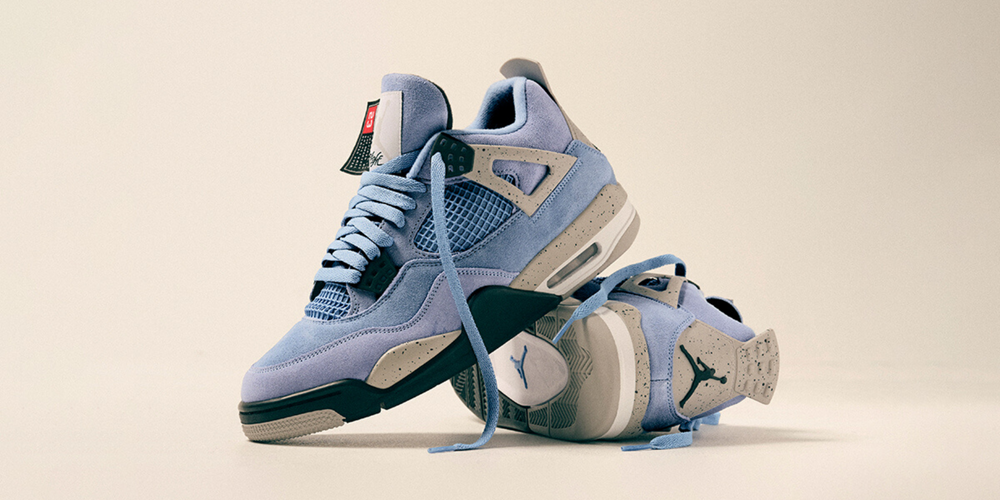 When you think of MJ, do you think of University Blue or Chicago? Synonymous with the Bulls, Jumpman's founding father may've regularly worn red on the court, but his stardom stemmed from the University of North Carolina.

Where MJ scored his game-winning shot in the 1982 national title against Georgetown, basketball's affinity for UNC was founded. A colourway that's spanned across decades, University Blue has coated the Jordan and Dunk, Air Force 1 and New Balance. New drops sell out in seconds, and sneakers dressed in the shade resell for quadruple their retail debut. Be honest, if you haven't got the hue in your shoedrobe already, you've tried.

A sneakerverse game-changer, University Blue is a timeless shade. And on HypeDrop, there's plenty to go round! From the Dunk Low UNC to the Jordan 6 Retro UNC White, here's what you'll find in our Mystery Boxes.

Tinker-designed, the Jordan 4 is a cherished silhouette. And in MJ's infamous shade, it's a crowd pleaser.

Part of 'The Ten', Virgil's vision for the Jordan 1 is best displayed in University Blue.

The sneakerverse is mad for Dunk, particularly in duo-t0ned UNC.

Unbox the Dunk Low UNC In Half A Dunk On HypeDrop.

New Balance made a comeback, and the 550 is the silhouette on everyone's lips. In University Blue, it's a game changer.

An underrated silhouette, UNC threw the Jordan 6 back into the spotlight.

Unbox the Jordan 6 Retro UNC White in Half A Jordan on HypeDrop.

It's a simple design - but in University Blue - the Jordan 1 pays off.

It's not in Blueprint's name, but on the Air Max 1 the shade is unmistakeable.

If you're not a fan of University Blue, don't stress. There's plenty more sneakers to cop on HypeDrop!