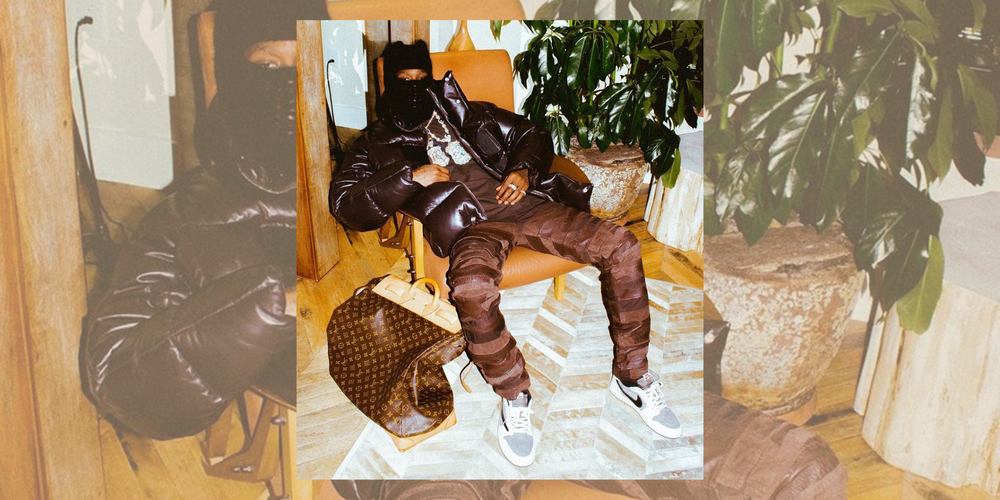 Three new colourways have been teased by La Flame and friends; here's what we know!

At the end of September, rumours spread through the sneakerverse like wildfire. Travis Scott was reportedly working on a pair of Jordan 1's. Mock-ups were shared by mr_unloved1's on Instagram, but little other information emerged. Just when the rumour mill began to settle, our prayers were answered... La Flame took to Instagram to tease one of the pairs set to drop! As for the remaining colourway? That's been pictured too, on his daughter Stormi.

Since they were revealed, the sneaker community has been nothing less than hyped. And they've got reason to be. As it turns out, these upcoming Jordan's 1 will be joined by another Fragment colourway: a White/Blue rendition teased by the one and only Hiroshi Fujiwara!

Three Travis sneakers at once!? It's almost unheard of. Here's everything we know!

Re-imagined from 2019's Travis Scott x Air Jordan 1 Low Mocha, Scott's latest rendition was spotted on the feet of Stormi. Do you think she approves? It turns out the Reverse Mocha does exactly what it says on the tin; the details on the sneaker have been inverted to create a new colourway, with a nearly new name. Contrasting white crisp overlays sit atop a deep brown base. The sole and swoosh appear to be cream in colour, while the heel tab is light grey.

According to sources, the sneaker will land just in time for Spring/Summer 2022.

Stormi didn't rock this colourway, but Travis did. The Jordan 1 Low White Grey Brown is an entirely new design from Scott. The low top sneaker features a grey base, with similar white leather overlays to the Reverse Mocha. A brown hue can be seen across the tongue, and a black-tinged reverse swoosh sits on the lateral side. Although the images are blurry, a first-look at the sneaker is enough to rouse any La Flame fanatic.

According to sources, the sneaker will land just in time for Spring/Summer 2022.

If you didn't manage to cop a pair of Travis' Fragment Jordans, your luck isn't over yet. Following early rumours, a second colourway has surfaced from none other than the Godfather of Streetwear, Hiroshi Fujiwara. An alternate take on the celebrated collaboration, the sneaker features a premium white leather upper with contrasting bright blue reversed swooshes. Off-white coloured laces match the midsoles, and pure rubber outsoles complete the design. Will it be as popular as La Flame's first fragment colourway? Probably.

According to sources, the sneaker will land early next year.