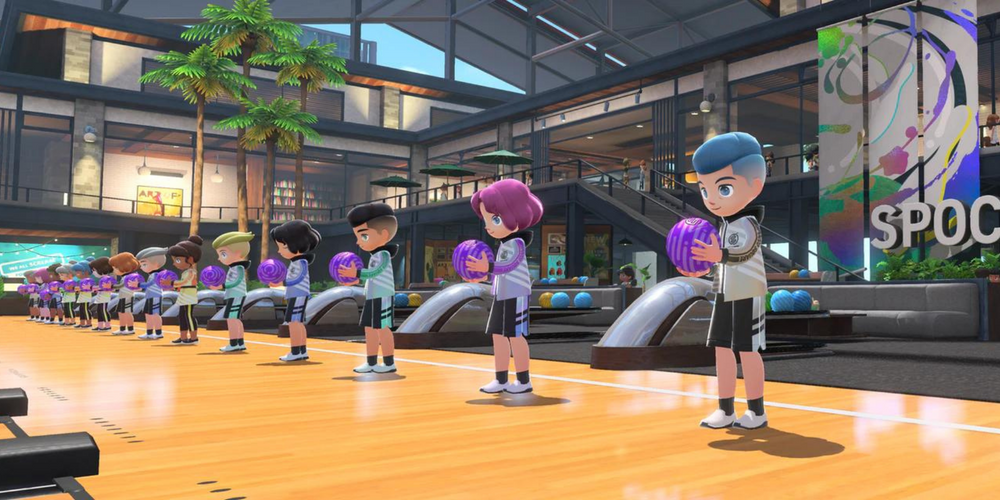 Missed Nintendo Direct? From the return of Mario Strikers to a successor for Wii Sports, here's our round up of the biggest news and trailers!

Last week, Nintendo proved that showstoppers need only 40 minutes to drum up mass excitement. Fresh off the release of Pokemon Legends: Arceus, Nintendo followed up their entry into 2022 with a highly-anticipated Direct presentation. There were a few surprises, a couple of resurgences and more than one 'FINALLY' moment. If you couldn't tune in, here's what you should be looking forward to!

The Return Of Super Mario Strikers

It's been a long time coming (17 years, in fact) but Mario's soccer spinoff is finally set to return. Mushroom Kingdom's answer to FIFA features support for up to eight players, and looks to include the same quirky gameplay that made it loved in the first place.

No Man's Sky Comes To The Switch

It was one of our favourite lockdown games, and it's finally portable! Now, thanks to a release on the Nintendo Switch, we can discover galaxies on the go. Though little other details have been revealed, No Man's Sky is expected to include many of the countless maps and hours gameplay it's famous for.

No Man's Sky is set to launch this Summer.

Yes, we were *hoping* for Mario Kart 9, but the annoucement of Mario Kart 8 Deluxe didn't dissappoint. The DLC will see 48 new tracks released in waves over the next two years. And even if you don't own it, you can still play the courses online. So far, the revealed courses include Paris Promenade, Toad Circuit, Choco Mountain and Tokyo Blur.

Wii Sports Is Getting A Successor

Remember when Wii Sports was responsible for the nation's 'family bonding time'? Well, it's time to pick up the phone again, as Nintendo are set to release it's successor - Nintendo Switch Sports! It's rumoured to feature plenty of classics, alongside new activities yet to be seen.

The sci-fi role-playing series Xenoblade Chronicles is back with a third entry! Though a lot of information has been kept tight-lipped, what we were teased to looks promising.

Xenoblade Chronicles is set to launch this September.

Kirby And The Forgotten Land Gets A New Trailer

Kirby And The Forgotten Land will launch on 25th March, 2022.

Are You Ready For A Whole Host Of Classics?

A number of classic games are set to arrive on the Switch! From both Portals, to Star Wars: The Force Unleashed and the Ezio trilogy of Assassin's Creed, there's plenty to look forward to, and not long to wait.

Want a Nintendo Switch? Unbox the console on HypeDrop!