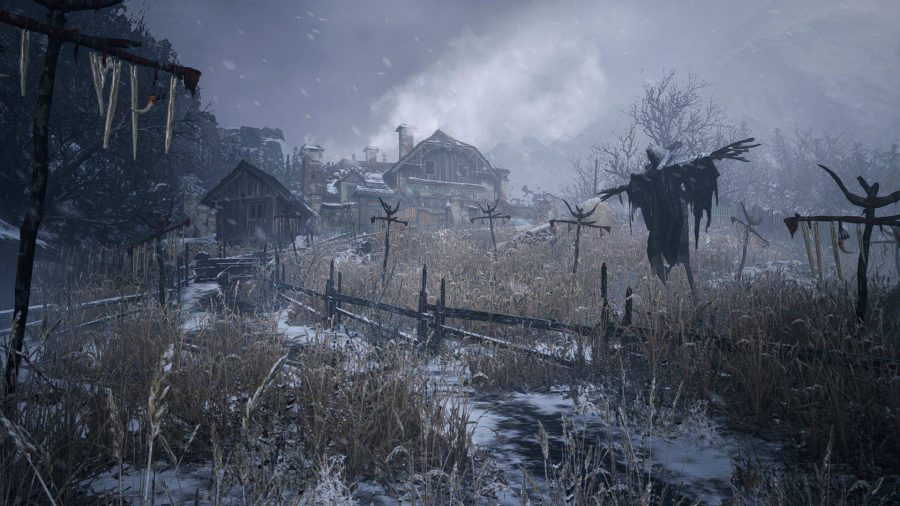 Is Resident Evil Village worth the hype?

The 8th game in the Resident Evil series has launched for PlayStation, Xbox and PC users across the world! The direct sequel to Resident Evil Biohazard has been in the works for four years. And with nerve-shredding teasers of Mother Miranda dropping on social media as of late, we're ready, if not terrified.

Let's recap Biohazard and delve a little deeper in to Capcom's latest release! *Spoilers ahead*

Resident Evil Biohazard was the first game to introduce us to main protagonist, Ethan Winters. Prior to the game, Ethan's wife, Mia, had been reported missing. Of course, Ethan was unaware of Mia's double life as babysitter to biological weapon (or, as we like to call her, spawn of satan), Eveline. Could this be the reason for her unknown whereabouts? Obviously.

Eveline was being transferred to an Umbrella Corp. facility when she lost her s*** and caused the transport to crash in a seemingly normal Louisiana swamp. Unfortunately, the swamp was home to the Baker family, also seemingly normal... at first. When trying to help the crashed vessel, the Bakers get infected with a mysterious mould which, in turn, leads to madness. And when we say madness, we mean won't die, supernatural, turn in to giant bugs madness.

Ethan's search for Mia leads him to the swamp and right at the centre of the Bakers dinner table. Some boss fights, torture montages and monster transformations later, we're left with a decision to either save Mia or another game character - the Baker's daughter.

During the final boss fight, Resident Evil veteran Chris Redfield shows up to destroy Eveline. Depending on the choice you made earlier, Chris helps you escape 'safely' with, or without, Mia.

Resident Evil Village is a direct sequel to Biohazard. So if you haven't played the game, we recommend you watch some gameplay at least! It picks up shortly after, where Ethan and Mia are raising their daughter and dealing with the trauma of... well, where do we start? But unfortunately for Ethan, that trauma is about to get a whole lot *worse*.

The game begins with Mia being killed, and their daughter being taken. We did tell you it gets worse. In the search for their child, Ethan is drawn to an eery time-forgotten village where the inhabitants worship a character called Mother Miranda. It's up to Ethan to slay the bizarre, aristocratic atrocities that walk the Village's castle walls, all in the hope of finding his daughter.

PlayStation released an hours long gameplay prior to launch, which introduced us to some of the characters. There's the Duke, a 'larger than life' character who owns a moving pawn shop, Alcina Dimitrescu, the towering mistress of the castle, and Karl Heisenberg, a genius and brazen engineer.

Oh, and Chris Redfield is back! But whether he's good or bad, we're not so sure...

Resident Evil Biohazard was a smash hit for Capcom; the first full-horror game of the series. And from what we've seen of Village so far, we have a suspicion it'll follow closely in tow.

Will you be playing Resident Evil Village!?

Unbox our PlayStation 5 Mystery Box on HypeDrop now! The console could be yours.