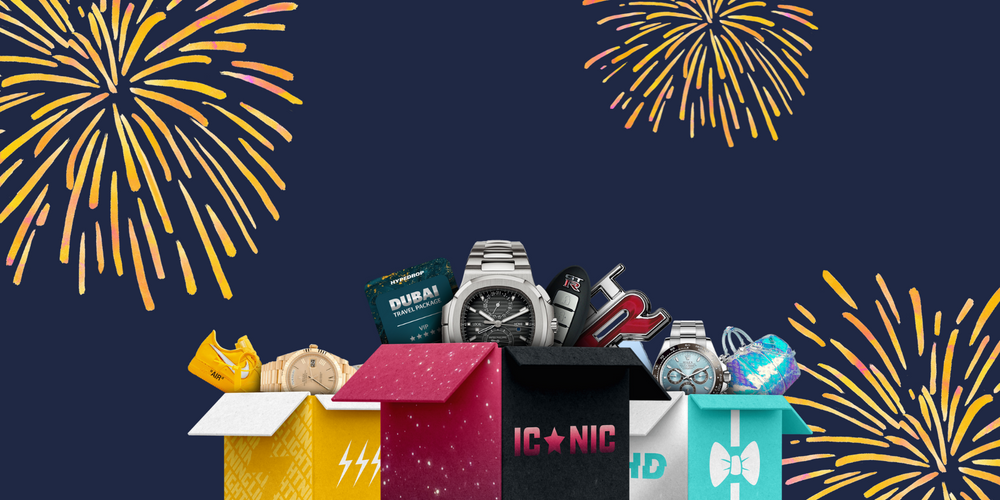 It was our biggest year yet! From the introduction of Box Battles to Crypto Withdrawal, here's Team HypeDrop's most memorable moments.

When the clock chimed midnight on January 1st 2021, we were given a second chance at a missed 2020. Or, so we thought. Though this year has been unparalleled in more ways than one - ya know, the pandemic, floods, insurrections and literal ocean fires - a constant has been your support.

In 2021, we took to you, our incredible audience, to find out what you wanted from HypeDrop. And we worked harder than ever to deliver it! Sleepless nights were had, and last minute changes were made. But your support and feedback made it more than worthwhile. In 2022, we promise that we'll continue to listen to you; to deliver what you want from HypeDrop, and then some. But for now, here's some of our team's most memorable moments of the year, made possible because of YOU!

'The release of Box Battles took HypeDrop up a notch. It's an exciting feature that's engaging for users and great for us to watch!'

It was a long time coming! In July, we released HypeDrop's craziest feature to date - Box Battles. Box Battles gave you the opportunity to take on your friends (or foes), with a chance to steal their unboxed items. It's made for some life-changing wins for you guys, amazing content on social media and a new found hatred for our PVP Bots. They deserve it, to be fair.

'The release of crypto was a huge accomplishment for us, and such a heavily requested feature.'

Despite our *immense* catalogue of products, some of you wanted more. On social media, a question was raised - what if we could exchange items for crypto? So, what did we do? In August, we delivered Crypto Deposit & Withdraw capability! We made it possible for you to top-up your account via a crypto currency of your choice, and directly withdraw the total sum of your unboxed product in crypto too.

Though shipping isn't yet available worldwide, the introduction of Crypto Deposit & Withdraw meant that HypeDrop went global! Now, wherever you are, you can play on HypeDrop, and withdraw in crypto.

'Flashbanged? No more. Dark mode saved our eyes, and yours!'

We get it. You can't just spend half an hour on HypeDrop. But without dark mode, your eyes were finding it trickier to play. The chat, Discord, Twitter and our support inbox was inundated with requests for a dark mode feature. So, in November, we gave you what you wanted! Now available on mobile and desktop, you can play on HypeDrop day or night, without a migraine.

You should know by now, we're always listening...

'Rich Influencer is no more. Our Mystery Boxes have got bigger and better, and our items are more lucrative than ever. Maybe a trip to Space is on the cards next?'

Who remembers when the best item on HypeDrop was the Jordan 1 x Dior sneakers? Or when our most expensive Mystery Box was Rich Influencer? Fast forward 6 months, and we've expanded both our inventory and Mystery Box collection to new heights! Releasing Mystery Boxes every Friday, we strive to bring you budget, mid-tier and luxury options, each with a premium top prize.

You Love Them, We Love Them; Working With Influencers

'When we started promoting HypeDrop via Prodigy, the chat went crazy! Now we get to work with influencers you love every day.'

Earlier this year, we put our full focus into working with your favourite influencers. When Prodigy started streaming on HypeDrop, the excitement felt by you was unforgettable. And when WatchGamesTV, Grim, Drew and more joined the team, the buzz went off the charts! With you all, we've watched the most intense Box Battles, insane streams, vlogs (like WatchGamesTV in Dubai!!) and product unboxings.

But the question is, who do you want to see us work with next?

2021 has been a year like no other. And it's only down to your immense support. We wish you a happy, healthy and prosperous 2022!