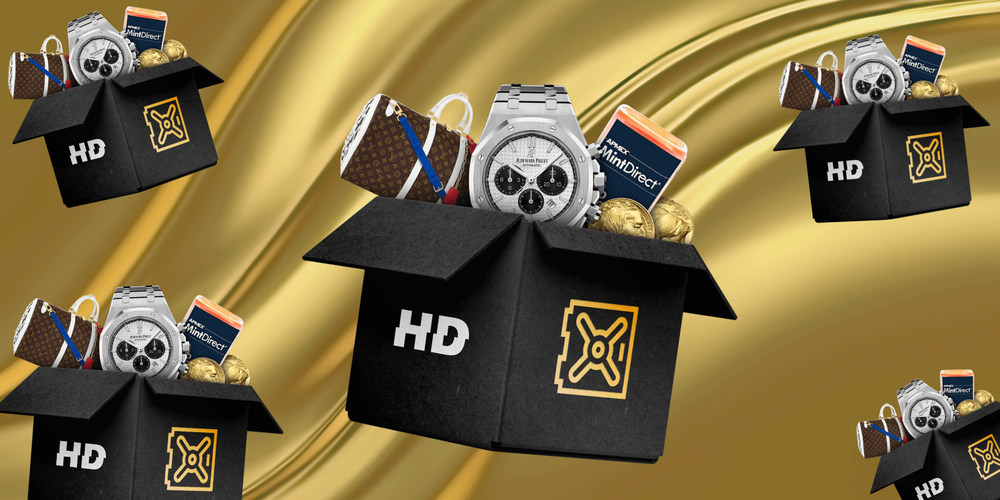 The new kid on the block is making moves on HypeDrop! Here's why Forgotten Vault should be on your radar.

There's something about an all-in-one Mystery Box. Some of your ultimate go-to's, they combine streetwear with accessories, technology with collectables, sneakers with homeware and more. They could spill Supreme, Dunk or even Rolex. And some, more than others, love to pour profit.

New on HypeDrop as of September, Forgotten Vault has stolen the show for W after W. The all-in-one Mystery Box has been opened 1.5x per minute in the last 3 weeks! And over that period, it's dropped 5 Louis Vuitton Keepalls, 18 iPhones and 7 luxury wrist pieces. *Gulps*

Is it popular for profit? Or has its budget price tag got us excited? Let's take a look at the new HypeDrop grail in more detail!

Forgotten Vault isn't packed with apparel. But what it does have is worth playing for! Old Skool Vans are packed into the Mystery Box, as is a Diesel Graphic T Shirt - both worth more than the $9.68 price tag. On the higher end of premium, a $4,330 Louis Vuitton x NBA Basketball Keepall 55 Monogram is up for grabs! If that doesn't turn heads, we don't know what will.

Unbox apparel in Forgotten Vault for $9.68 on HypeDrop.

Apple meets Valve in Forgotten Vault! 2022's much-anticipated Steam Deck sits in the Mystery Box, as does everyone's favourite mobile phone - the iPhone 13 Pro Max - and 2020's MacBook Air. Though there isn't a treasure chest of technology up for grabs, there is profit to be made!

Unbox technology in Forgotten Vault for $9.68 on HypeDrop.

Collectables make up most of Forgotten Vault. And if there's one thing we know about collectables, what is it? Profit! In this budget box, you could pull a Supreme Sky Bounce Ball, a HAY Play Backgammon Set or a Nintendo Super Mario Bros Game & Watch - each worth more than the box itself.

Unbox collectables in Forgotten Vault for $9.68 on HypeDrop.

Now to the money makers! Luxury watches populate the legendary row in Forgotten Vault. And despite being the items with the lowest odds to unbox, countless users have pulled one of their own! A 0.001% $40,362 Patek Philippe Twenty~4 is the fourth most expensive luxury watch in the Mystery Box, and it was pulled by PHIBBIXYT only 3 days ago.

Unbox luxury watches in Forgotten Vault for $9.68 on HypeDrop.

What are you waiting for? Profit lies behind Forgotten Vault's locked doors, and plenty of users are already reaping the W's!