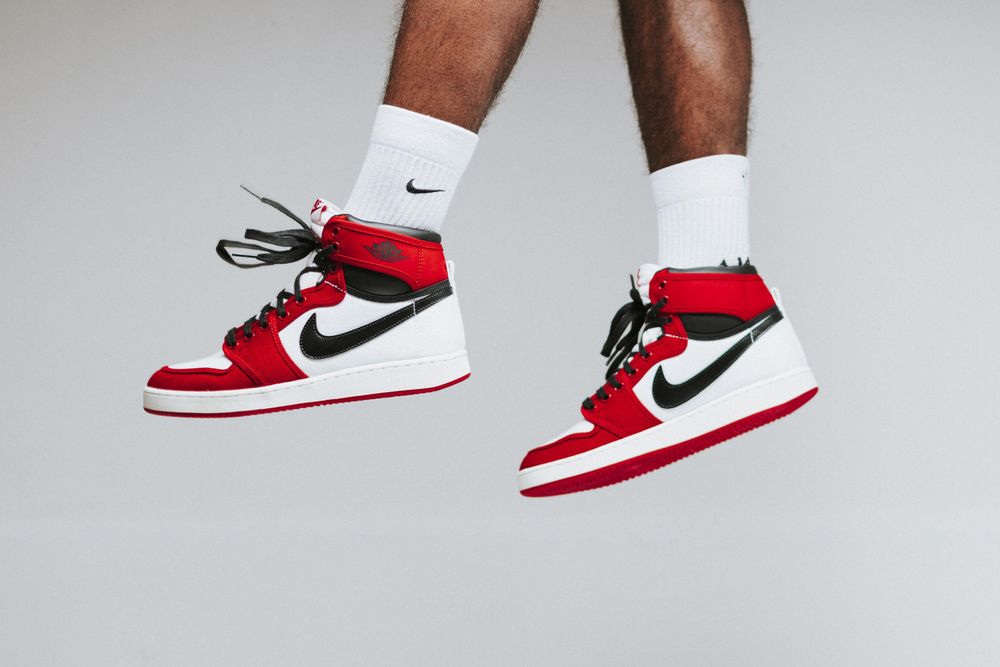 Sneakerheads don't miss a trick. For months they've speculated the return of the AJ1 KO 'Chicago'. And as always, the sleuths were right. At the end of April, SNKRS confirmed that the fan-favourite sneaker would drop amongst Jordan's spring line-up. Here's hoping we don't take a L on this one!

The KO 'Chicago' is unique in the world of AJ1 silhouettes; as oppsed to leather, the sneaker sports a canvas red and white upper. The leather swoosh and ankle collar, however, stay true to Jordan roots. A white tongue and base dress the rest of the shoe, while the signature 'AJKO' branding can be found on the Wings logo.

The sneaker drops on May 12th, so there isn't much waiting around to do! It'll set you back $140.

Is it one to add to HypeDrop? We think so!