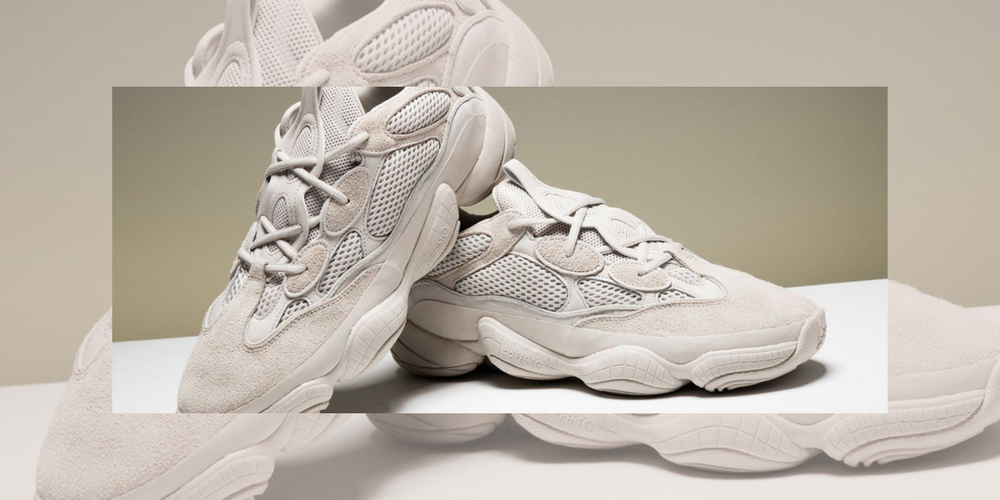 Ye's going through it. Over the last month, he's swapped his diary for Instagram, posting, deleting and reposting more than we can count. In the midst of a messy divorce, a social media breakdown was always eminent. But, with Pete Davidson, Julia Fox and the rest of the world added to the mix, it was *slightly* more than we bargained for.

Regardless of your stance, Ye's Adidas Yeezy lineup has never been stronger. Until now, there had been a shift in demand for the brand. With back to back drops and increased unit quantities, the shoes had lost their exclusivity. But following his successful 2021 Q4 lineup, we've got high hopes that the 'turn our heads for all of the wrong reasons' phase is over.

After Ye's standard 350 V2 silhouette went almost six years without an upgrade, the CMPCT range has been a welcomed addition. In Slate Red, the sneaker features a two-toned, classic arrangement of burgundy and scarlet, with 'improved durability and protection'.

Originally released back in 2018, the Yeezy 500 Blush made a return this February. Dressed in a pale beige upper constructed of mesh, leather and suede, the shoe is one of Ye's most simplistic. With minimal exterior branding, seen only on the toe and midsole, the sneaker's bulbous panels are left to stand out.

Following the MX Oat and MX Rock, the MX Frost Blue is the final colourway in a trilogy of sneakers. Resembling the Blue Tint, the 350 V2's usual striping is replaced with swirls in various shades of the sneaker's titular colour, across a cream base. Boost cushioning and chunky laces complete the shoe.

The Foam RNNR was 2021's standout shoe. At first thought to be a hoax, the silhouette has worked its way up to be one of Ye's most famous. And in a line of new colours, the onyx rendition is the next to drop. In monochromatic grey, it's a loungewear necessity.

Ye's 450 silhouette has long divided sneakerheads. In Cinder, the Primeknit shoe is the fourth in line to release. Dressed in various tones of mocha, it's constructed with sustainable materials. And standing out from its predecessors, it even features gradient detailing on the claw-like midsole.

The 'dad shoe's back'. In Sulfur Yellow, this striking pair of 700's arrive in premium leather, suede and mesh, with reflective 3M accents. Dressed in olive, ochre and beige, a contrasting pop of yellow highlights the side panels, while charcoal-coloured laces and a black chunky midsole complete the look.

In Wash Cream, this sneaker is one of four 700 MNVN's to drop this Spring. Two-toned in design, the shoe features metallic branding atop a muted yellow leather base. Complete with solid black overlays and sole units, it's a variation of the 700 silhouette that is simplistically effective.

You didn't think we'd miss out the NSLTD Boot, did you? Though it won't feature in our shoedrobe, Ye's questionable Winter silhouette is too good to ignore. Following the initial Khaki release, the Dark Slate variation of the padded Foam RNNR's are monochromatic in style.

While you're waiting to cop Ye's 2022 lineup, check out Yeezy Is King. The stylish selection represents one of the biggest on HypeDrop, and it's yours for the taking!